eLife publishes outstanding work across the life sciences and biomedicine and is generously supported by its Founders, HHMI, Max Planck Institute and The Wellcome Trust, who have recently announced the renewal of their funding for a second five-year term until 2022.

The editors of eLife are an international team of 300 leading researchers, led by Randy Schekman, recipient of the 2013 Nobel Prize in Physiology or Medicine. In a little over four years, eLife has become an open-access publisher and a technology company with a team of 29 staff in Cambridge, UK. We have developed and run an open-source platform and have published over 2000 first-rate research articles.

Working together - eLife and early-career researchers

eLife supports early-career researchers in a number of ways:

Our editorial process: The eLife editors provide prompt and constructive feedback to authors, to give students and postdocs in particular a productive publishing experience, and to help reduce delay in the communication of their research.

The eLife-sponsored presentation series: Twice a year, we invite the pre-tenure authors on selected eLife papers to present their work at a scientific meeting of one of eLife’s founders.

Interviews: eLife interviews early-career researchers to explore how they became interested in science, what they are working on now, and what they hope to achieve in future.

Look inside another lab: In 2014, eLife provided an opportunity to look inside four different labs around the world, as research groups in England, Germany, and the US took over the eLife Twitter account to talk about their work, the coolest things in their labs, developments in their fields, and introduce some group members.

Letters of recommendation: The senior editors of eLife, who are themselves working scientists, will write a letter of recommendation on behalf of the first author of eLife papers, on request, for use in job and grant applications. 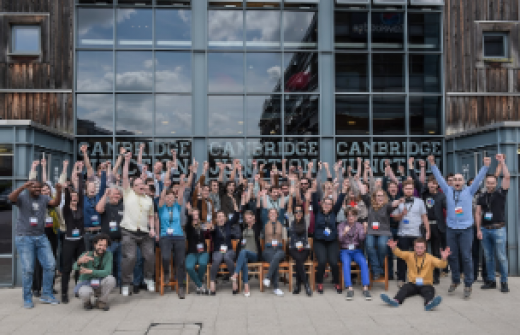 Stay up to date with eLife Sciences Publications Limited