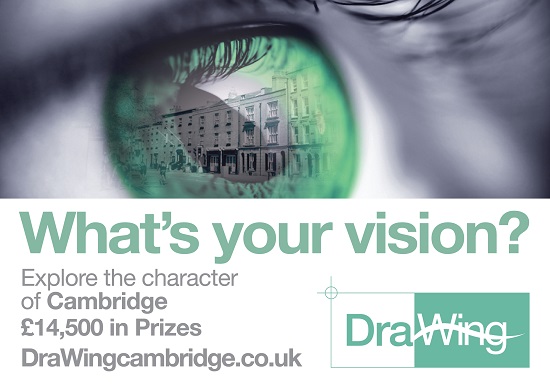 Marshall of Cambridge is launching an architectural competition for the Wing development, named ‘DraWing’, which will be geared towards architects with a Cambridge connection. The Company is asking those who understand the essence of Cambridge to provide ideas for the design of a single dwelling from a choice of six house types – focusing on Cambridge’s character and detail in relation to Wing’s emerging Masterplan.

Wing will be formed on 150 acres of land to the north of Cambridge International Airport, which are owned by Marshall of Cambridge, one of the largest privately owned companies in the UK. Marshall has developed a Masterplan which will include 1,200 to 1,300 new homes, open spaces and playing fields, a commercial hub, a new primary school, community facilities and supermarket.

Emma Fletcher, Wing Director, said: “The competition will provide a chance for architectural talent, both professional and student, to have work recognised at public and industry level, with an opportunity to become involved in shaping the future of Cambridge and winning £14,500 of prizes.”

DraWing will be officially launched on Friday 20th September 2013, inviting entrants to register online from that date at DraWingcambridge.co.uk. The registration/submission period will run until 22nd November 2013 and will be followed by a judging and awards reception on  27th November 2013 at Marshall of Cambridge.

Entries will also be displayed in a public exhibition running from the 28th-30th November 2013, during which members of the public will be invited to view entries and vote for the public choice award.

The competition is open to architectural students, graduates or professionals - either working individually, or as a group or practice – with an interest in the character and development of Cambridge. Whilst judging will be anonymous, entrants must provide a brief 100 word statement on their relationship with Cambridge as part of their registration.