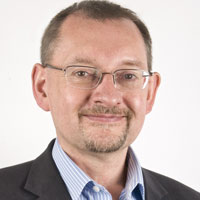 HRH The Princess Royal presented the UK's longest running and most prestigious national prize for engineering innovation to RealVNC, the MacRobert Award winner revealed at a royal ceremony in London.

RealVNC is a small Cambridge software company, which was set up by some of the inventors of remote computer access software and has gone on to work with global technology giants such as Google, Apple, Intel, Sony, Jaguar Land Rover and countless more in using this technology to improve consumer products and services and develop gadgets of the future. Its technology is now used on over a billion devices worldwide, and VNC protocols have even become an official part of the internet.

The ceremony, where RealVNC was presented with the MacRobert Award gold medal and £50,000 cash prize from the Royal Academy of Engineering, took place in one of the world's most iconic buildings representing great British engineering, Battersea Power Station. Built in the 1930s, it provided a spectacular backdrop of historical contrast for the award, which has this year recognised the promise of digital engineering excellence.

RealVNC was selected for the award in recognition of its outstanding innovation, commercial success and contribution to society, by a panel representing the cream of the crop of modern British engineers and entrepreneurs from a range of disciplines. Pipped to the post were two finalists Concrete Canvas and Oxford Instruments.

RealVNC's technology gives computer, smartphone, and other device users the power to 'take over' another device remotely from anywhere in the world. This means IT workers can solve problems on people's computers or smartphones without having to leave their own desk, for example.

Unlike competitors, RealVNC's technology uses clever algorithms to send data only about the parts of a screen that are changing, rather than all of it, which minimises the amount of data sent and ensures that sharp images are sent quickly. This streamlined approach means the technology can be embedded in all kinds of third-party products and licensed out for new services. Its technical engineering is so advanced, it is suitable for any imaginable device with a screen - even those that haven't yet been invented.

It is now being recognised as a way of harnessing the power of smartphones and computers in an array of other products, including TV set top boxes and even household objects like fans and lamps.

RealVNC is working with Google to provide remote access capabilities for its Chrome products, and a partnership with Jaguar Land Rover is also bringing all the benefits of our smartphones into car infotainment systems. This will be inside new Jaguars and Land Rovers rolling off the production line this year.

RealVNC is also being built directly into millions of Intel chips so laptop users don't even have to download the software, and computers can be controlled remotely even if they are faulty and unresponsive or hibernating. Most distributions of Linux contain VNC technology, while Apple incorporates the software in its Remote Desktop Tool.

John Robinson FREng, Chair of the MacRobert Award judging panel, said: "RealVNC was selected for the MacRobert award because of the engineering excellence and tenacious entrepreneurship required for them to have opened the door to countless new markets for new product and services. For a relatively small UK company with no external investors to have grown to work with the world's biggest technology companies is truly inspiring.

"The MacRobert Award is designed to recognise thriving UK engineering companies in many different sectors, from ground-breaking start-ups to established world-leaders. We have an incredible research base that leads to successful pioneering companies and RealVNC is an excellent example of innovation and entrepreneurship that the Academy is championing through its Engineering for Growth campaign."

Ian Shott CBE FREng, who is on the judging panel and also chairs the Academy's Enterprise Hub, said: "The sophistication of engineering behind RealVNC's technology has given them a game-changing proposition. The company is now on the cusp of fully exploiting this, and I fully believe they could be a billion dollar business with the next five years. RealVNC is an asset to the UK's exceptional crop of innovative businesses, and the company's ability to take this innovation and compete on a global scale really sets it apart."

RealVNC was founded in 2002 by the original developers of VNC to promote, enhance and commercialize VNC.