The invisible gorilla - a different approach to getting what you want 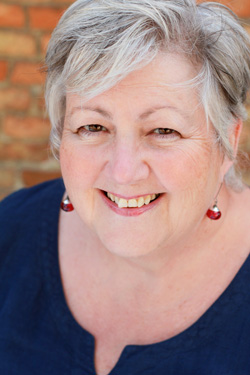 Do you, like me, feel bombarded by messages about how to achieve those new year's resolutions? This year there are some different approaches to the standard goal-setting process that apply to business too, says Hilary Jeanes of PurpleLine Consulting.

“Goals are the fuel in the furnace of achievement.” ~ Brian Tracy, Eat that Frog

“Every ceiling, when reached, becomes a floor, upon which one walks as a matter of course and prescriptive right.” ~ Aldous Huxley

“If you don't know where you are going, you'll end up someplace else.” ~ Yogi Berra

Have you noticed that when something is raised in your awareness it shows up all around you?  Like buying a new car – now there are silver VW Polos everywhere, whereas you never noticed them before.

In 2012 I discovered the ‘inside out’ approach to coaching – and life.  With this you have an innate sense of direction, rather than specifics like goals.  As someone who is (has been?) very goal-orientated, that new approach is both familiar and a revelation to me.  Familiar, because looking back over my own life, some of the best opportunities have come along when I wasn’t looking for them yet was aware of the general direction in which I wanted to go, and a revelation because I hadn’t realised that until now.

Is it really true that you need to have a goal to be motivated?  Have you noticed instances when something that’s been at the back of a head for a while suddenly becomes important?  When you’re going on holiday for instance, isn’t it amazing how you manage to get your emails answered and so much done before you go? It applies even with something as basic as deciding that you want a drink of water.  Your inner wisdom triggers your motivation, whereas when setting goals you tend to have an unrealistic idea of how long they might take to achieve.  Is it surprising then that you get frustrated when you don’t achieve those goals within the arbitrary timeframe you have set?

This short video illustrates the point that when we’re focused on something specific, we often miss other unexpected events.  For example, if you’ve decided to look for a job with another organisation, you might not notice opportunities to develop skills or gain experience with your current employer.  That’s the point about the invisible gorilla.

What I do find interesting is that this approach is now being advocated in a business setting, where traditionally setting goals and defining achievement of outcomes has been an intrinsic part of the performance management process.

He says “an area of focus taps into your intrinsic motivation, offers no stimulus or incentive to cheat or take unnecessary risks, leaves every positive possibility and opportunity open, and encourages collaboration while reducing corrosive competition”.

Even a former adviser from the Chartered Institute of Personnel & Development agrees.

Likewise in your personal life if you are focusing on meeting certain financial goals, it might adversely impact on your personal relationships, because by choosing to save money you are no longer taking opportunities to socialise.  In your natural state of well being you are much more likely to notice your inner callings and create what you want in your life.

One of my long term clients, Chris, is a brilliant role model in this regard.  He left a secure job that he was not enjoying to seek fulfilment doing ‘something else’.  He didn’t know the specifics, just the general direction.  He struggled with the decision to leave his job for a long time.  Then one day I received a letter from him saying ‘I handed in my resignation.’ The time was right and his innate wisdom told him that. Almost one year on he has been amazed at the opportunities that have opened up to him – and he is a lot happier with his life.

So in 2013 forget those new year’s resolutions and choose some areas to focus on instead! See what a difference that makes to your happiness and contentment – whether at work or in life generally.

Hilary Jeanes is a leadership coach, facilitator and HR Consultant.  She works with leaders to support them to realise their potential.  She can be contacted on 01763 245323 or by email Hilary@PurpleLineConsulting.co.uk