Ask the experts: Will robots take over the world? 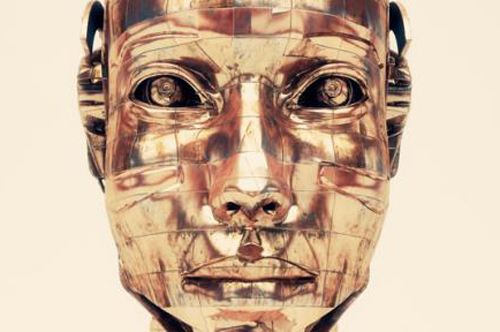 Robots can do a lot for us: they can explore space or they can cut our toenails. But do advances in robotics and artificial intelligence hold hidden threats? Three leaders in their fields answer questions about our relationships with robots.

"I think it is reasonable to be concerned that we may reach a time when robotic intelligence outstrips human intelligence."
— Professor Daniel Wolpert

The origins of robotics go back to the automata invented by ancient civilisations. The word robot entered our vocabulary only in 1920 with Czech writer Karel Čapek’s play R.U.R (Rossum's Universal Robots). Over the past 20 years robots have been developed to work in settings that range from manufacturing industry to space. At Cambridge University, robotics is a rapidly developing field within many departments, from theoretical physics and computing to engineering and medical science.

Lord Martin Rees is Emeritus Professor of Cosmology and Astrophysics at the University of Cambridge. He holds the honorary title of Astronomer Royal. Lord Rees is co-founder of the Centre for the Study of the Existential Risk, an early stage initiative which brings together a scientist, philosopher and software entrepreneur. Kathleen Richardson is an anthropologist of robots. She took her PhD at Cambridge and recently completed a postdoctoral fellowship at UCL. She is writing a book that explores the representational models used by scientists and how they influence ideas we have about robots as potential friends or enemies. Daniel Wolpert is a Royal Research Society Professor in the Department of Engineering. His expertise lies in bioengineering and especially the mechanisms that control interactions between brain and body. The focus of his research group is an understanding of movement, which he believes is central to all human activities.

What can robots do for us?

Martin Rees: I think robots have two very different roles. The first is to operate in locations that humans can't reach, such as the aftermaths of accidents in mines, oil-rigs and nuclear power stations. The second, also deeply unglamorous, is to help elderly or disabled people with everyday life: tying shoelaces, cutting toenails and suchlike. Moreover, if robots can be miniaturised, they can perhaps be used inside our bodies for monitoring our health, undertaking surgery, and so forth.

Kathleen Richardson: Some of the roles that robots are expected to play are because we cannot do them as humans - for example, to explore outer space. Space exploration is an area where robots are helpful. Robots can be remote and act as extended 'eyes' for humans, enabling us to look beyond our visual experience into terrains that are inhospitable to us. Other roles that robots are expected to perform are roles that humans can play, such as helping the elderly or the infirm. Unfortunately these roles are not best suited to machines, but to other people. So the question is: why would we prefer a machine do them for us?

Daniel Wolpert: While computers can now beat grandmasters at chess, there is currently no robot that can match the dexterity of a five-year-old child. The field of robotics is similar to where computers were in the 1960s - expensive machines used in simple, repetitive industrial processes. But modern day robotics is changing that. Robots are likely to become as ubiquitous as the smartphone computers we all carry - from microscopic robotics for healthcare and fabrication to human-size robots to take on our everyday tasks or even act as companions.

MR: Up till now, the advances have been patchy. For at least the last 30 years, we've been able to buy for a few pounds a machine that can do arithmetic faster than our brains can. Back in the 1990s IBM's 'Deep Blue' beat Kasparov, the world chess champion. And more recently a computer called 'Watson' beat human challengers in a verbal quiz game on television. But robots are still limited in their ability to sense their environment: they can't yet recognise and move the pieces on a real chessboard as cleverly as a child can. Later this century, however, their more advanced successors may relate to their surroundings (and to people) as adeptly as we do. Moral questions then arise. We accept an obligation to ensure that other human beings, and indeed some animal species, can fulfil their 'natural' potential. So what's our obligation towards sophisticated robots? Should we feel guilty about exploiting them? Should we fret if they are underemployed, frustrated, or bored?

KR: As an anthropologist, I question the idea of 'objective' human intelligence. There are just cultural measures about what intelligence is and therefore machines could outstrip 'human intelligence'. When that happens will depend on what we decide is the measure of intelligence. Each generation makes a new definition of what it means to be human and what is uniquely a human quality, then a machine comes along and meets it and so many people despair that humanity is on the brink of its own annihilation. This fear of machines is not something inherent in them, it is a consequences of the modes of mimesis (copying and representation) used in the making of robots. This could be seen as a modern form of animism. Animism is a term to describe the personification of nature, but I believe we can apply it to machines. Human beings personify just about everything: we see faces in clouds, mystical impressions in Marmite and robots as an autonomous threat. The human fear of robots and machines arguably has much more to say about human fear of each other rather than anything inherently technical in the machines. However, one of the consequences of thinking that the problem lies with machines is that as a culture we tend to imagine they are greater and more powerful than they really are and subsequently they become so.

DW: In a limited sense it already has. Machines can already navigate, remember and search for items with an ability that far outstrips humans. However, there is no machine that can identify visual objects or speech with the reliability and flexibility of humans. These abilities are precursors to any real intelligence such as the ability to reason creatively and invent new problems. Expecting a machine close to the creative intelligence of a human within the next 50 years would be highly ambitious.

The Department of Engineering is the largest department in the University of Cambridge, representing approximately 10% of the University's activities by the majority of common metrics, and is one of Europe's largest integrated engineering departments.