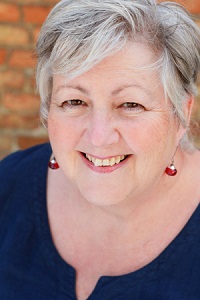 "The extraordinary belongs to those who make it." ~ Grey Goose vodka ad

"Champions keep playing until they get it right." ~ Billie-Jean King

"Find something that you're really interested in doing in your life. Pursue it, set goals and commit yourself to excellence. Do the best you can." ~ Chris Evert

"Anyone can be an ACE: Attitude + Commitment + Excellence." ~ Robert Inman

It was that realisation that led me to focus my work on coaching.

Professional sportsmen and women are constantly working on and improving their personal best (PB). Until 6 May 1954 no-one thought it was possible to run a mile in under 4 minutes. In fact at the time even doctors said it wasn't physically possible. But nevertheless Roger Bannister set himself that goal, trained and worked towards achieving it.

On the day he had chosen to make the attempt at the record, conditions weren't ideal. It would have been easy for him to call it off. But he knew how much hard work he had put in to achieve this goal.

It would have been easy to find many reasons to not make the effort, so many excuses to not even show up at the track. Sound familiar? But it's not over until you say it is, and finding the resolve to continue when the going is tough is what separates winners from the rest.

So Roger Bannister ran the race that day. And achieved a PB that many people thought was impossible.

And yet just 46 days later, his record was broken by another athlete. Demonstrating what was possible provided inspiration for others.

You may be one of the many people who focuses on your weaknesses rather than appreciating and building on what you do well. You may think that coaching is a remedial activity - for addressing low performance, lack of motivation, weaknesses or gaps. Putting right what is wrong. Sadly it is often in exactly that situation that coaching is provided in many organisations.

Yet where it is most powerful is supporting you to achieve your PB time after time after time with ease. Like if you've just landed a new job, been promoted or taken on a new areas of responsibility.

ALL professional sportsmen and women have a coach. Why?

It provides focus, builds on strengths, encourages new insights, offers challenge, support, belief in your potential... Imagine what it would be like to have time and space on a regular basis focusing on YOU and achieving your potential.

In which area of your life would you like to attain your personal best? If attaining your PB is a priority for you in 2015, then get in touch for an exploratory conversation.

Hilary Jeanes is Director of PurpleLine Consulting. She supports individuals and teams to achieve their potential. Contact her by email at hilary@purplelineconsulting.co.uk or by calling 01763 245323.