How to picture a thriving business 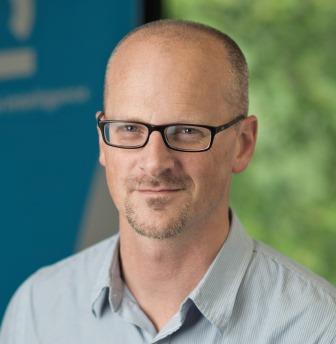 Cambridge Intelligence, whose founder Dr Joe Parry attended the Centre for Entrepreneurial Learning's Ignite programme, is at the forefront of the emerging data visualisation sector.

Data visualisation is a field that scarcely existed just a few decades ago. But today, all manner of organisations need to be able to turn complex information structures into clearly understood graphical representations. For those producing the technical solutions that make this possible, it’s a thriving business.

At the forefront of the emerging sector is Cambridge Intelligence, a company established in May 2011 by Dr Joe Parry (pictured). “Our core business is that we license a piece of technology called Keylines,” he says. “This is used for looking at connected data: networks, the relationships between people or companies, communication data, that kind of thing. We provide people with ways of looking at the data and gaining insights that they wouldn’t otherwise be able to do.”

Based in central Cambridge, the company now has a varied base of clients all over the world. “We license to around 65 organisations globally, and these range from national police forces to banks, building societies and insurance firms. They include well-known companies such as Cisco and Visa, and we have several deployments now in cyber-security, which is a growing sector.”

Joe, who had previously completed a physics PhD as part of Professor Stephen Hawking’s research group at Cambridge, had the idea for the company after spending more than a decade at local technology firm i2. Just one month after forming Cambridge Intelligence, he applied to join Ignite – an intense one-week training programme delivered by the Centre for Entrepreneurial Learning (CfEL) at Cambridge Judge Business School.

Aimed at tech entrepreneurs who already have a business idea, Ignite provides practical teaching sessions, expert clinics, mentoring sessions and support from innovators who have experience in the sector. Joe says: “I’d had quite a bit of business experience, but very much as an employee and at a technical level. So I didn’t have familiarity with anything to do with marketing, planning, finance, access to money or funding rounds. I’d already made the decision to be an entrepreneur but I needed skilling up, basically.”

The concentrated nature of Ignite was a particular motivation for choosing it above other programmes. He says: “Obviously, the clock is ticking from the moment you give up a well-paid job – particularly if you have a family. I was building the company at the time, so the fact that the Ignite programme was a short burst of activity really suited me.”

The course made an immediate difference to his mindset, prompting a change of direction in his strategy for building up Cambridge Intelligence. “I totally altered the business plan. When I started the programme I did have an idea of how the business would work, but by the end of the week I’d changed it to be more feasible and more realistic, and had come up with a really clear road to revenue.

“Initially, I’d thought our software should be available on the open market to everybody. After discussions during the Ignite week, I became convinced that what we needed to do was concentrate on the high end of the market and on the intelligence market in particular. I realised this would be a clearer and quicker way to get revenue and a much less risky strategy, and I’d be able to take better advantage of my previous experience.”

Since then, Cambridge Intelligence has expanded at an impressive pace. In 2014, it left IdeaSpace – a University-linked innovation community for start-ups – for its own premises. The company has managed to double its revenue and employee count during every year it has been operational, and now comprises 13 people at its Cambridge HQ and sales office in the United States. What’s more, this growth has been achieved organically, without angel investors or any other outside finance.

Joe is confident that this momentum can be maintained. “I think next year we’ll be able to double in size and revenue again,” he says. “We’ll be looking to bolster both the product and the sales team, and we’ll be recruiting another person in the US.”

Find out more about Cambridge Intelligence »