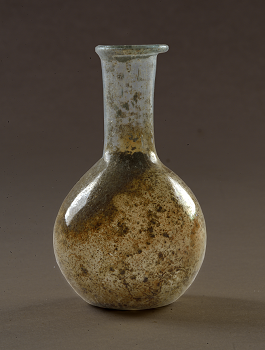 AstraZeneca has announced the findings of archaeological excavations on the Cambridge Biomedical Campus, which will be home to the company’s new, purpose-built global R&D centre and corporate headquarters from the end of 2016.

The excavations were conducted over an eight month period between July 2014 and March 2015, and were required before building work began on AstraZeneca’s new facility in April 2015. They revealed that the Company’s site on the Cambridge Biomedical Campus was a thriving settlement during the Bronze Age, Iron Age and Roman period.

The main findings were:

The excavations were carried out by the Cambridge Archaeological Unit. All artefacts discovered during the dig are currently being analysed by specialists and a full report detailing the findings will be submitted to Cambridge City Council in early August.

AstraZeneca’s new global R&D centre and corporate headquarters in Cambridge will be home to approximately 2,000 employees and will become the company’s largest centre for oncology research, as well as housing scientists focused on cardiovascular and metabolic diseases, respiratory, inflammation and autoimmune diseases and conditions of the central nervous system. It will also be home to a joint research centre, which will see Medical Research Council and Cancer Research UK scientists working side-by-side with AstraZeneca’s high throughput screening group.