Cambridge Airport forms part of 'The Practicalities of The Olympics' panel 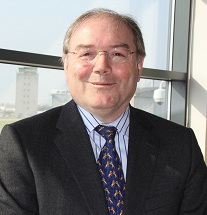 “The Practicalities of the Olympics’ for business aviation will be debated at the forthcoming Business Aviation and General Aviation Day (BGAD) to be held at Cambridge Airport on Tuesday, 20th September.

An industry panel, together with moderator Charles Alcock, International Editor of Aviation International News, will discuss some crucial issues facing operators, charter providers, FBOs and the 30-plus UK airports that have been identified to handle business and general aviation flights for this important summer event.

Practicalities to be addressed will include when to start security screening of new employees, the buying in of fuel, provision for aircraft parking and securing ground transportation.  Along with, which airports are going to be declared 24/7 during the period, and how and when operators and charter brokers should go about booking their slots and parking stands at airports?

Industry players have been voicing their concern for some time about the strict restrictions and proposed airspace changes being placed on London airspace to the extent that they are starting to pose the question - has this great opportunity already been missed -  or can it be recovered with persuasion to central government?   One concession has been the recent move to reduce the timeframe on full airspace restrictions.  It is now 14 July to 15 August 2012.  Separate, geographically smaller, airspace restrictions will cover the London 2012 Paralympic Games from 16 August 2012 to 12 September 2012.

Charles Alcock will also pose the question is this the time for business operators to put aside the fact they are competitors and work together for the collective good of Team Great Britain and to showcase business aviation’s winning edge?

During the Olympics all take off and departure slots are to be allocated and slots at peak times will be in heavy demand.  On top of their existing day to day activity, the 14 principal business airports in the UK are expected to handle more than 110,000 movements during the 31-day peak period, according to the UK DfT.

The Olympics panel will comprise: Trevor Jones, Director Client Relations of business aviation operator Gama Aviation, one of the largest charter companies with a worldwide fleet of 80 aircraft, headquartered at Farnborough, UK; David Macdonald, Director – Private Jets, Air Partner plc, one of the world’s longest established and largest charter providers; Archie Garden will represent Cambridge Airport, which, with its long runway and its proximity to the east of London is well positioned to accept Olympics traffic; James Cole, Director International of Airport Co-ordination Ltd (ACL) the leaders in slot co-ordination which is working closely with DfT and its consultant Atkins on accommodating Olympics traffic.   They will be joined by a senior representative from ExecuJet, which runs eight FBOs in Europe, South Africa and Australasia.  They will share their experience handling the Davos World Economic Forums each year and the recent 2010 World Cup in South Africa.

Join Cambridge for this complimentary one hour session at 11am on 20th September by registering online at www.bgad.aero.

BGAD, a collaboration between EBAN and host airport Marshall Group-owned Cambridge Airport, UK, has established a reputation as an informal day, where professionals in business aviation get to network in a focused environment, and where the aircraft are freely accessible for up-close inspection.

Cambridge Airport primarily targets the east of England market with a strong focus on Cambridge and its business, academic and industrial. It is also a strong provider to the equine community as it is just 10 miles from Newmarket and offers regular services for the transportation of horses.

Other aviation companies include Capital Air Services and several GA flight training operators. It is also home of the East Anglian Air Ambulance service operated by Bond Helicopters.  A fully authorised Cessna Service centre is located at the airport.