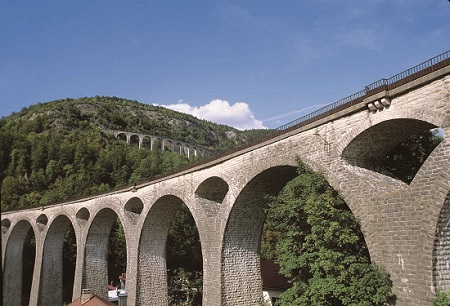 Cambridge Airport announces debut UK service by Danube Wings and the first UK route from the Franche-Comté region of Burgundy, in France.

East of England travellers from Cambridge and the surrounding region can now look forward to an all new fast and convenient service to the famous Burgundy region of France, starting this summer.  Cambridge Airport is delighted that European regional airline, Danube Wings, will launch their first ever UK scheduled services from the Cambridge region with twice-weekly non-stop flights to the Dole-Jura Airport commencing in June.  The regional airport of the Franche-Comté province is the first international scheduled service destination to be offered from Cambridge Airport under its new leadership team.

“I am ecstatic to welcome Danube Wings to the Airport,” said Archie Garden - Airport Director, “this is a groundbreaking development and the first of many exciting international services we plan to bring to Cambridge, especially with one of Europe’s rapidly developing airline companies and to such a beautiful and largely undiscovered region of France.  We couldn’t be happier with Dole-Jura our next destination.”

The new scheduled flights operated by modern, highly fuel-efficient ATR72 aircraft with 70 seats will operate on Mondays and Fridays from Cambridge to Dole-Jura Airport, from June to September.

“Danube Wings is pleased to establish Cambridge airport as the new foreign destination connected to a network of routes in France.  We consider Cambridge a very important entrance gate to one of the fastest growing UK regions and the historical, famous city of Cambridge, but also London.  We believe in establishing a two directional flow of satisfied travellers through reliable service for very convenient prices”, said Jan Rostas, CEO of Danube Wings.

Flights will take just two hours, meaning Cambridge passengers can be relaxing on the terrace of a French chateau enjoying fine food and famous Burgundy wine in the warm sunshine after a swift and hassle-free departure whether coming from the City of Cambridge itself, or from Peterborough, Newmarket, Bury St Edmunds and right across the Airport’s catchment region.

The flights will bring a welcome boost for international tourism to the region, especially from France, as this is the first direct UK air service from Dole-Jura to any British destination.  “This is a great opportunity for tourism to the city.  Cambridge has a global reputation for excellence and its wide variety of quality accommodation, shopping and entertainment alongside world-renowned historical and cultural attractions provides the perfect short break destination”, commented Neil McGovern, Executive Councillor for Customer Services & Resources – Cambridge City Council, welcoming the news.

Danube Wings seats are on sale now via the airline’s website www.danubewings.eu on both a one-way and round-trip basis, but will also be bookable via local travel agents and tour operators.

The birthplace of famous French chemist Louis Pasteur, Dole is located in the heart of the picturesque Jura region and lies on the banks of the River Daubs, just a short distance from the major cities of Dijon and Besançon.  Formerly known as the County of Burgundy, now the province of Franche-Comté, which incorporates Dole, Jura and the surrounding area, there is much to do in this exciting but little explored part of France, with its rolling Jura Mountains, verdant valleys and many beautiful towns and villages.  Also known as the lake district of France with dozens of lakes such as Lac de Chalain, and many wine growing areas.  Burgundy is well known to the British for its fine wine production and in fact Savagnin, Poulsard, Trousseau and Chardonnay grape varieties are all grown in the many vineyards across Jura.

The largest city in Jura, Besançon, is almost identical to Cambridge in size and style, with its acclaimed university, striking architecture and fascinating history.  In 2008 the city was declared a UNESCO world heritage site for its many historical features.  Famous TV chef Raymond Blanc was born in Besançon – an area known for its culinary delights.  The new flights also give easy access to the city of Dijon and French-Swiss border region, with places such as Lausanne, Geneva and the Alps all within striking distance.

The twice-weekly service means French customers flying to Cambridge can enjoy weekend breaks in one of the UK’s most iconic tourist destinations, or longer stays in the East of England region and take in a raft of Cambridgeshire and other nearby attractions.  The service will also offer a convenient option for French travellers wishing to reach London, just 45mins away from Cambridge by non-stop train service.  The London 2012 Olympic Games are of course a major event attraction this summer and with Cambridge-London trains arriving at Kings Cross Station, French travellers can connect conveniently to the new Olympic site train service and reach the stadium and principal Games venues in just 7 minutes.

Scheduled flights by modern, fuel-efficient ATR72 aircraft with 70 seats will operate on Mondays and Fridays from Cambridge to Dole-Jura Airport, from June to September, to the following timetable:

Cambridge Airport (CBG) is a privately owned airport, part of the Marshall of Cambridge Group of companies.  The airport is conveniently situated as a gateway to all of East England and for London.  For Summer 2012 the airport is offering all new flight services to Jersey, the Italian lakes and now Dole-Jura in the Burgundy region of France.  For information visit www.cambridgeairport.com

Danube Wings is an EU-based regional airline with its headquarters in Bratislava.   First established in May 2000 as VIP Wings and commencing services under the Danube Wings brand in 2008, the airline operates a fleet of high-tech, ultra efficient ATR72 turboprop aircraft and in 2011 carried over 110,000 passengers.    Danube Wings is a member of the European Regional Airlines Association.  The airline is opening a new base at Dole-Jura Airport in 2012 with 4 new scheduled service destinations.  For information visit www.danubewings.eu