The accolades roll in for Bango 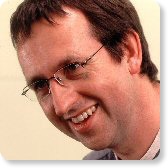 When it comes to collecting awards, Bango has been on a roll. Firstly, CEO Ray Anderson was named Business Person of the Year at this year’s 'Cambridge News' Business Excellence Awards, followed by Bango claiming the accolade of Product of the Year at the 2012 Cambridge Computer Lab Ring Hall of Fame Awards last week.

The Business Excellence Awards, which are in their 19th year, crowned Ray Anderson** Business Person of the Year in the Cambridge region. Ray was recognised for positioning Bango as a leader in mobile payments and analytics, driving new technology innovations and leveraging the growing commercial opportunity presented by the booming smartphone and tablet market. It’s not the first time Ray has been recognised as a leading entrepreneur and innovator, only a few years ago at the Mobile Entertainment Awards Ray collected a special award for his outstanding contribution to mobile entertainment.

“Our position today has been the result of hard work, innovation and passion from the whole team at Bango. It’s great to have these achievements recognized and have our name attached to an award that has previously been associated with other great Cambridge technology companies such as ARM, Autonomy, Abcam and CSR,” said Ray Anderson, CEO, Bango.

Find out more and sign up to attend﻿ here!