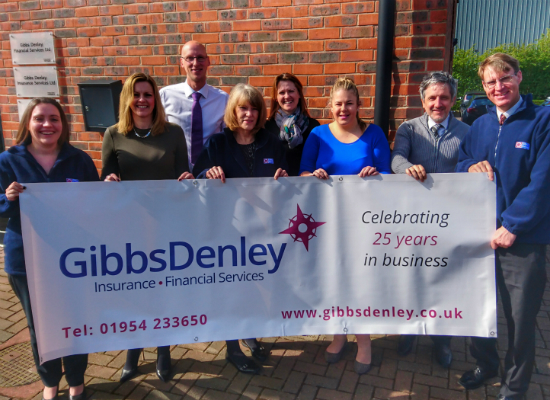 Walkers in their ‘shine and sparkle’ themed outfits will be setting out from Shelford Rugby Club at 7.00pm to take on the 6.5 or 10 mile route, winding through some beautiful spots on a newly designed route (route available shortly at starshinestroll.co.uk).

The event, which has now raised over £255,000 for the Hospice, has been sponsored by Gibbs Denley Insurance and Financial Services, every year since 2009. Paul Gibbs, Director of the company which has offices in Cambridge, Bury St Edmunds and Chelmsford, explains his personal reasons for wanting to be part of the special memory walk: “My father, Derrick Gibbs, was referred to Arthur Rank Hospice by Addenbrooke's when he decided that 17 years of treatment for Thyroid Cancer was enough. He had reached a point where the next step would have involved an operation that carried a high risk and after years of other treatments, not to mention a hip replacement and a stroke, he thought enough was enough and that he would rather go on his own terms.

“He was a very jovial person and larger than life. He was always smiling, full of positivity and was very accepting of his final diagnosis. He was only ever a day visitor to the Hospice: when people asked him if there was anything they could do for him, he would just sit, reading his paper, and reply that no, there was nothing he needed and tell them “I’m just waiting for the big day”. He never reached the point of needing the help of the Doctors at Arthur Rank Hospice, but I know he appreciated their help in his end-of-life planning and that was a very useful resource to him. “

Paul explains how Arthur Rank Hospice’s support extended further: “Although Dad was attending the facilities, I actually think that it was my mother who got the most from it. Whilst my Dad would sit and read a paper – much as he would have if at home – my Mum found it helpful to have other people to talk to and it provided a great support network to her. It’s easy to focus on the physical needs for people in hospice care, but Arthur Rank Hospice also care for emotional needs and the needs of people’s close family too.”

Paul Gibbs will join nine of his colleagues as part of the Gibbs Denley team on Saturday 14 May, alongside hundreds of others walking the Star Shine Stroll memory walk in celebration of someone they love. Participants are being invited to send in a photo of the person they are walking in memory of, to fundraising@arhc.org.uk so that they can be part of the memory wall which will be displayed at the start/finish point of Shelford Rugby Club, as the walk takes place.

Registration is £15 for this special evening, which includes a 2016 event t-shirt, hot refreshments and a finishers medal. Sign up at starshinestroll.co.uk/register.asp or call 01223 723115.