Price Bailey raises over £12,000 for Action Medical Research by cycling from London to Paris 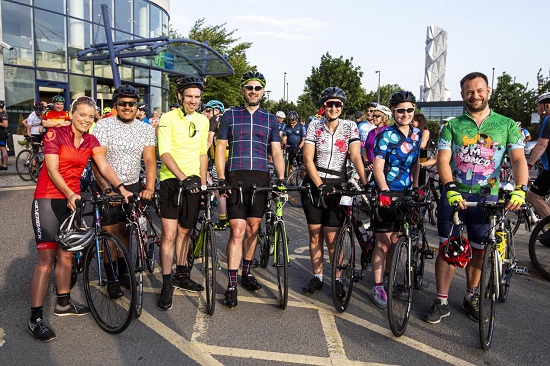 Cycling 271 miles over four days, the team consisting of Milly Dove, Suzanne Goldsmith, Romeo Nazareth, Simon Rowley, Kirsty Warner, Tristan Wheadon and Paul Fox, left London and battled through 40 degree heat to make it to Dover before crossing the channel. Once in Calais, France, they pedalled to Abbeville then Beauvais before arriving in Paris on Saturday 27 July.

The money raised from the cycle ride will go towards Action’s ‘Saving Tiny Lives’ campaign which funds vital research and develops treatments, vaccinations and cures for pregnancy and birth complications. Action Medical Research has been funding research for over 65 years and has, most notably, played significant roles in the development the first polio vaccines in the UK, the use of ultrasound in pregnancy, and the rubella vaccine.

Action Medical Research’s Community Fundraising Manager, Lyndsay Wood, said: “Action Medical Research is thrilled to have seven cyclists from Price Bailey take part in the London to Paris cycle. This year marks the 20th anniversary of Action’s involvement in the event, and to have riders from our charity partner is a fantastic way for them to support us with our ‘Saving Tiny Lives’ campaign, and helping us to raise awareness of premature birth, that still affects over 60,000 babies each year.”.

James King, Corporate Social Responsibility Partner at Price Bailey said: “This time last year, many members of the team didn’t own a bike; they have proven that with hard work and training, anything is achievable. They have thrown themselves into this challenge and have raised a fantastic amount of money for a very worthy cause.

“So far Price Bailey have raised over £75,000 for Action which has specifically been used to fund research as part of their ‘Saving Tiny Lives’ campaign. This has improved and saved the lives of premature babies.”