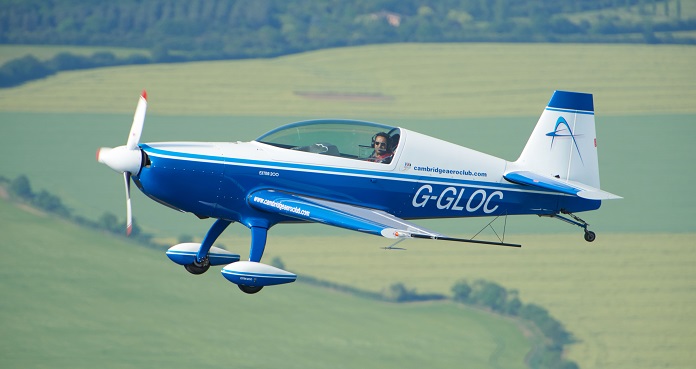 Cambridge Aero Club, which this year marks its 90th anniversary, is asking the public to send in stories, memories, photos and film to help it celebrate this historic year.  It is also offering a scholarship of 10 hours pilot training to one lucky aspiring pilot.

Cambridge Aero Club (CAC) is one of the oldest aero clubs in the world and can trace its history back to the dawn of aviation. Using Sir Arthur Marshall’s very own De Havilland Gipsy Moth, instructors P Grey and F Wilkenson began training pilots at the original airfield in Fen Ditton in 1929. On gaining his instructor certificate in 1930, Arthur Marshall founded Marshall Flying School – as it was then known - offering a new approach to pilot training:

During the war Marshall trained thousands of pilots from all walks of life, not least the 22,000 RAF, Navy and Army recruits of WWII such as fighter ace Johnnie Johnson DSO DFC and Leonard Cheshire VC DSO DFC.

Cambridge Aero Club has always moved with the times and today operates a fleet of modern touring aircraft: Cessna 172’s, a Cessna 152, a Piper Warrior III and the jewel in their crown: the high-performance aerobatic Extra 200 (much like the Red Bull Races competition aircraft).    Offering everything from basic to advanced pilot training (such as instrument, and tailwheel training) and fantastic flight experiences for that special occasion. Cambridge Aero Club is part of Marshall of Cambridge which operates Cambridge City Airport. 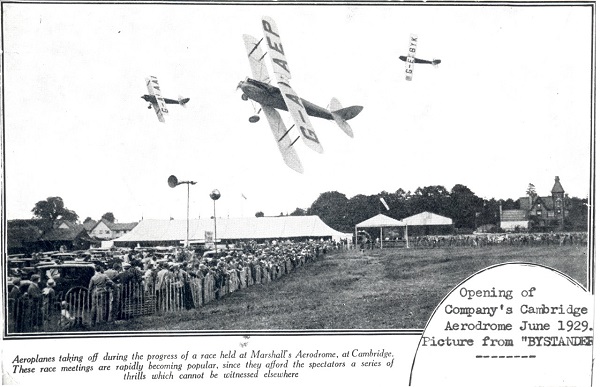 The opening of Cambridge aerodrome June 1929

In an ever-changing aviation industry, Cambridge Aero Club is delighted to see more and more female pilots commencing training – although this is not unusual at Cambridge, which has trained the likes of Ricardia “Dickie” Morrow – who in 1948 became the first female pilot to fly around the world in a flight that began and ended at Cambridge Airport. Keen to encourage new pilots from all backgrounds, in 2019 Cambridge Aero Club commenced its Pilot Fund Mentoring Scheme, guiding prospective student pilots through the bursary application process.

To celebrate this historic year, continuing in its inclusive ethos, Cambridge Aero Club will itself be offering a scholarship of 10 hours pilot training to one lucky aspiring pilot!

“Learning to fly an aeroplane with Cambridge Aero Club is a very rewarding experience. Our instructors’ enthusiasm is highly infectious and produces safe, confident pilots. Many of whom turn their new hobby into a career” - Anthony Cooke, Cambridge Aero Club Head of Training

Former students span the globe; from stunt pilots to experimental test pilots, RAF and commercial airline pilots and those in the General Aviation sector. Proud to be part of a long-established Cambridge company, their history is very much tied to – but by no means limited to - the local community.

CAC would like to mark this year by gathering stories, memories, photos and film relating to Cambridge Aero Club and its history in Cambridge from you, the public.

Do you have an interesting background with Marshall of Cambridge and Cambridge Aero Club? If so, they ask that you get in touch as they would love to hear from you! 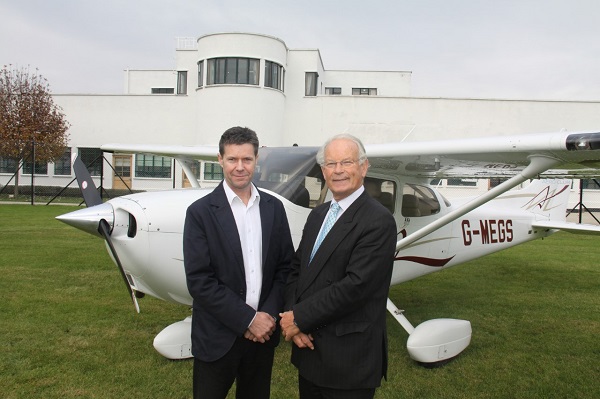