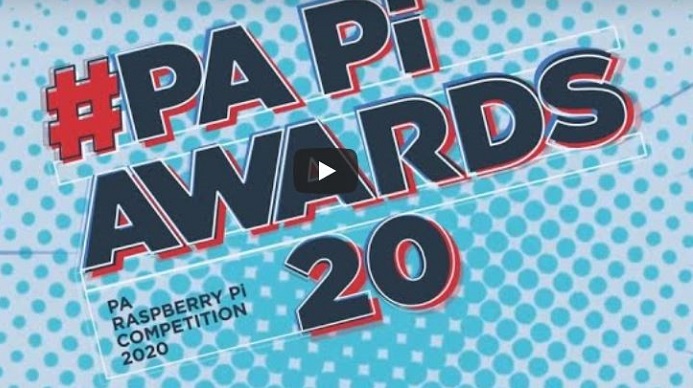 The brightest innovators from UK schools and colleges competed in a virtual judging for the final of PA Consulting’s annual Raspberry Pi programming competition.

This year, the 14 shortlisted teams' entries were judged based on their video submissions which were shared with this year’s expert judging panel.

PA Consulting, the global innovation and transformation consultancy that brings ingenuity to life, runs the annual competition to challenge primary, secondary and college students across the UK to invent, design and create products using the Raspberry Pi microcomputer. The competition is now in its eighth year.

Entrants to the 2020 competition were tasked to use their ingenuity to create a positive human future by designing the ‘sustainable city of the future’. Teams were asked to imagine a world where, for example, habitats are protected, travel is simple and pollution free or food is sustainably sourced with minimal waste. The winning team in each category will receive £1,000 prize money.

The winners of the 2020 competition:

This system monitors and visualises sustainable behaviours, creating a competitive league within the school and potentially between multiple schools. The system gathers sustainability readings from a variety of Pi sensing modules via a shared cloud database. Schools can choose the modules that highlight their needs, for example, reducing road traffic by encouraging cycling, or reducing energy consumption. Data is captured, and, as scores increase, the projected image becomes progressively greener.

Judges’ comments: We loved the team’s system. It was great to understand how schools can be in competition with each other to show how effective they are in developing renewal energy uses, managing their routes to schools and making their school environments greener.

This device lets people access live data about pollution levels in their area from an app, helping to raise awareness of climate change and increasing pollution levels. The device is a 3D-printed box that contains the Raspberry Pi and a variety of sensors measuring air quality, which are entirely solar powered. Having the sensor allows people to see, via their phone, the pollution levels and avoid the highly polluted and unsafe areas. The aim of the device is to show users the data and in turn encourage them to switch to a more sustainable lifestyle such as using public transport or electric cars.

Judges’ comments: We really liked the holistic approach the team took to the challenge and the way the data was presented. The user interface was fantastic, and we particularly liked the fact that the solution was solar powered.

The project investigates how object recognition could cut food waste. Small cameras could be placed around a kitchen – in a cupboard or above bins for example – and be connected to the Raspberry Pi, which can then recognise what groceries are in the kitchen and note if they end up in the bin. The system would email the homeowner to let them know what they’re low on and what they already have at home, so they don't make unnecessary purchases when out shopping. It could also note when groceries are bought and estimate how long they will last – prompted by “use by” dates – and give the homeowner a gentle nudge to use food before it becomes inedible.

Judges’ comments: They showed us a great, simple, sustainable, future concept. It was well thought through, highly technical and used cutting edge technologies such as machine learning and image classifiers.

This project is a functional air pollution detector in the form of a handheld device. Users can plot pollution levels on an hourly map to provide detailed information to the public and researchers. This could allow authorities to focus efforts to improve sustainability and reduce emissions in the most affected areas and act as a reference point for research scientists to observe how pollution levels change over time. The Raspberry Pi is used to receive input values from the air quality detector and location inputs via Bluetooth from handheld devices. It also sends this data to a web server to plot a map of air pollution values.

Judges’ comments: We were really impressed with the way that the team took their concept, purchased low-cost items and came up with a really viable product that can link to mapping technology to show pollution levels.

Anita Chandraker, innovation expert and Board member at PA Consulting and sponsor for the competition, says: “We are immensely proud to be holding these awards for the eighth year running, and once again really testing the ingenuity of hundreds of young people - aged 8 to 18 - from school and colleges in the UK.

“Of course, this year has been very different. Where normally our finalists would present their inventions to the judges at a physical awards day, we judged virtually using the videos submitted from the teams. Despite this, our judges were blown away by the creativity, originality and inventiveness of the teams in developing their ingenious solutions and their video entries.

“Encouraging the younger generation is so important to us, so our competition aims to help them develop their interest in innovation and technology using a real-world challenge such as sustainability. We believe young minds hold potentially life-changing ideas; one school who competed in a previous PA Raspberry Pi competition went on to turn its idea for an air quality monitor into thousands of sales after teaming up with a manufacturer - this is just one example of the value that children can get from this experience.”

PA first launched the competition in 2012 in response to a fall in programming skills to help tackle the growing talent gap in programming and coding. The Raspberry Pi was selected as it is a low-cost computer, launched with the intention of promoting the teaching of basic computer science in schools and stimulating interest in the IT industry.

For more information about the competition visit: www.paconsulting.com/events/raspberry-pi-competition-uk

See all of the finalists in action:

PA Consulting Group is an innovation and transformation consultancy. We believe in the power of ingenuity to build a positive human future in a technology-driven world.