IPOs all but absent in Q2, but exiting issuers rushed to market to raise cash 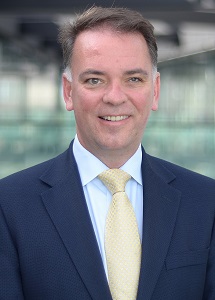 The London markets may have felt the absence of new issuers in Q2 2020, but those already listed flocked to the market to raise capital amid the COVID-19 lockdown, according to EY’s latest market tracker IPO Eye.

In London, more than £21bn of funds were raised in Q1 and Q2 2020 combined, representing the busiest first half for follow-on fundraising in a decade - since the end of the financial crisis in 2009. During the six months to June 2020, existing issuers dominated the market raising funds via a range of placings, rights issues and other transactions.

EY’s IPO Eye also noted that over 40% of the capital amassed in European markets in Q2 2020 was raised in London. By a combined measure of global IPO and follow-on activity since January, London was ranked third behind the NYSE and Nasdaq together in first place, and Hong Kong in second.

Scott McCubbin, EY’s UK & Ireland IPO Leader (pictured), comments: “London has again confirmed its status as a pre-eminent equity market globally, leading the way in Europe for the most follow-on capital raised in Q2 2020 (over 40%).

“Whilst IPO activity has been almost extinguished by COVID-19, in what is historically the busiest quarter of the year, the markets were focussed on supporting fundraising by existing issuers to shore-up finances to mitigate the impact of the pandemic.”

In Q2 2020 AIM didn’t register any IPO activity, but did celebrate its 25th anniversary. Since, launching in 1995 with ten companies valued at £82m, over 3,800 companies have been admitted to AIM during its lifespan raising over £115bn. Q3 2020 opened with the AIM admission of Elixirr International PLC last week.

The technology, healthcare, and industrials sectors remained the most prolific producers of IPOs in the first half of 2020, together accounting for 246 IPOs (59% of global IPO activity by deal numbers) and raising US$42.7bn altogether (61% of global proceeds). Technology was the strongest sector by proceeds with US$17.2bn raised (25% of global proceeds).

Despite the headwinds, stock prices and valuations are recovering, reflecting improved investor sentiment and risk appetite. The volatility index (VIX®) has also receded considerably from its high in March, approaching levels more receptive for companies to go public.  As a result, H1 deals that were originally shelved and pushed into 2021 are now being considered for potential H2 2020 listings, albeit it is likely that market activity will be again dominated by fundraising activity from existing issuers.

Any new IPO candidates will also need to embrace the new virtual marketing norms with the days of the face to face roadshows and long-haul travel being replaced by virtual marketing presentations – making it critical for candidates to start profile raising early in order to maximise their benefit.

Helen Pratten, Strategy & Transactions Partner concluded: “IPO pipelines continue to grow in major markets. A further rebound of IPO activity is expected in H2 2020, on the back of strong June global IPO performance. However, uncertainties continue to be present. A possible second wave of COVID-19, US-China tension, Brexit negotiations, the US election and low oil prices could derail some of the positive global momentum we began to see in June.”