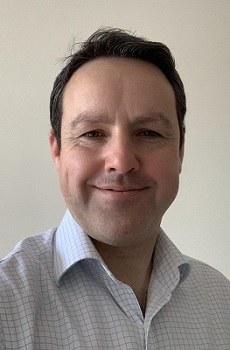 The number of profit warnings issued by East of England listed businesses in the first half of 2020 (H1 2020) increased four-fold year-on-year, with 75% citing the impact of the COVID-19 pandemic, according to EY’s latest Profit Warnings report.

EY recorded 12 profit warnings in the region in H1 2020 (Q1 & Q2) – its highest since H2 2013, when eight were recorded and considerably more than the three reported in the same period last year (H1 2019). In the first quarter of 2020, quoted companies in the East of England issued seven warnings, the highest since Q3 2013. Although there was better news for the region as the year progressed, as this figure dipped slightly to five in Q2 2020.

Profit warnings were spread across a wide range of sectors in the region in H1 2020, with no one sector in the East of England effected more than another.

Adrian Bennett, a Partner at EY in the East of England (pictured), comments: “Unsurprisingly, the immediate and significant impact of COVID-19 has been most acutely felt by companies whose existing structural challenges have been exacerbated by the pandemic.

“Whilst it’s been a worrying sign that profit warnings have seen such a rise in the region when compared to this time last year, it is not unexpected given the current circumstances and measures that businesses have had to put in place to deal with the global pandemic. Many businesses that were essentially sound before the virus struck, have markedly suffered too, being forced to reassess their expectations and business plans. It’s vital that businesses in the East of England don’t underestimate the depth and extent of both the immediate and long-term challenges ahead.

“The East of England has a very diverse business economy, including centres for life-sciences and pharmaceutical in the Cambridge area and R&D-led agri-tech to the East of the region. All businesses are facing similar challenges, however, it’s a positive reflection of the resilience of those based in the region, that many have been able to weather the storm of COVID-19 and pivot their operations to make the most of new opportunities to diversify, refocusing on different market segments during the last few months.

“It is still a highly uncertain time for businesses, who are adjusting to new ways of working and levels of demand, with potential cliff-edges to come in government support and further twists and turns likely in Brexit negotiations. The UK economy is opening up, but it’s early days.”

In Q2 2020, the impact of COVID-19 rippled across the UK economy and along supply chains, shifting the epicentre of profit warnings. The immediate impact of the virus was felt in Q1 by sectors most impacted by lockdown – travel, leisure, hospitality, and retail – but this has since spread to industries most exposed to the knock-on effects of changing corporate and consumer behaviour.

Lisa Ashe, Turnaround and Restructuring Partner at EY, UK & Ireland: “We expect supply chain vulnerability to be one of the biggest areas of risk for companies in the next six months. Supply chain resilience will no doubt feature highly on corporate agendas, not least because of the additional challenges associated with Brexit. There are already large-scale restructurings in the UK market that could have considerable impact along supply and value chains.”

Profit warnings from consumer-facing companies were less prominent in Q2 2020, however this is only after an exceptionally high level of warnings and forecast adjustments in March. The FTSE Retail and FTSE Travel & Leisure sector still has the highest number of companies warning three or more times in a 12-month period, which EY found gave a company a one in five chance of a distress event – such as an administration, CVA, debt restructuring or distressed sale - occurring in the year ahead.

Adrian concluded: “Boards need to guard against complacency and be ready to take swift and decisive action to reshape their business to face a different future than they imagined just a few months ago. Companies could find that previously healthy parts of their business are no longer profitable. This is a pivotal moment for UK plc.”