Can the Apprenticeship Levy support businesses in these uncertain times? 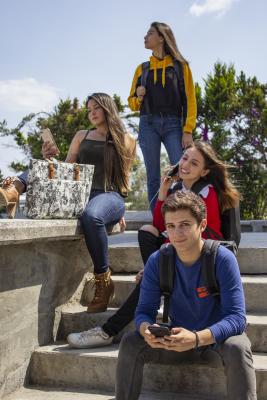 Accentuate explores the pros and cons of using the Apprenticeship Levy to develop existing staff and bring in new talent.

The number of workers on UK payrolls dived more than 600,000 by May compared to before lockdown, official figures suggest. The number of people claiming work-related benefits, which includes the unemployed, was up 126% to 2.8 million.

The early estimates reflect the impact of around six weeks of lockdown in which large parts of the UK were shut. But economists say the full effect on employment will not be felt until wage support schemes end in October.

There are numerous reports of hundreds of people applying for one job. With the surplus of experienced and highly skilled jobseekers available and willing for work, what will become of this year’s school leavers, in what is already a difficult year for them with delays or cancellations to exams, and an exit from school into an uncertain labour market?

Apprentices can be a huge benefit to a team bringing enthusiasm and a fresh outlook to established business. They may not have knowledge of your procedures, but if harnessed in the correct way this can give your business the advantage as questioning the established process could reap benefits for continuous improvements and change.

Chancellor Rishi Sunak has announced a “brand new bonus” for employers to hire apprentices over the next six months.

From August to January, any firm that hires a new young apprentice aged 16 to 24 will receive £2,000, while those that hire new apprentices aged 25 and over will be paid £1,500. https://feweek.co.uk/2020/07/08/chancellor-announces-brand-new-bonus-for-businesses-to-hire-apprentices/

This is in addition to the existing £1000 incentive the government already pays employers who take on an apprentice aged 16-18, meaning that employers could receive £3000 if they hire an apprentice between August 2020 and January next year.

So will this be enough to convince employers of the benefit of taking on an apprentice compared to all those experienced job seekers?

In 2017 the apprenticeship levy was introduced, and hasn’t always received positive press – will this be the time for this to come into its own?

Under the Levy any employer with a wage bill of more than £3m must pay the levy, at 0.5% of their payroll, and this has often been reflected in the training budgets in these organisations being cut, but they are not spending the levy either. I think there are many reasons why this may be the case, and a significant one is one of perception and misunderstanding.

I hear these comments over and over again, it is true that the Apprenticeship Levy can only be used to fund apprenticeships; however these are versatile, flexible (within some parameters) and at last count there were 738 of the new Apprenticeship Standards.

Apprenticeships can be used to encourage new staff into your business, on a training programme designed to fill the skills gaps in your business, but also can be used to upskill existing staff. If you build an apprenticeship programme correctly, with a view to succession planning and development, this will increase staff retention, make your business more efficient by introducing new ideas and knowledge into the team, and also allow existing staff to pass on the skills and knowledge they already have to a new generation.

Where employers are levy payers, apprenticeships provide the opportunity to recoup this tax, but non-levy paying businesses are also able to access this funding. With the new incentives this is a great time to look at apprenticeships again.

Apprenticeships are not ‘free’ - however this may be a cost effective way to take on new staff, gain some government funding to supplement the cost, and get businesses moving forward again.

@accentuate we can help you to navigate the Levy and put together a funded apprenticeship programme that will work for your business. 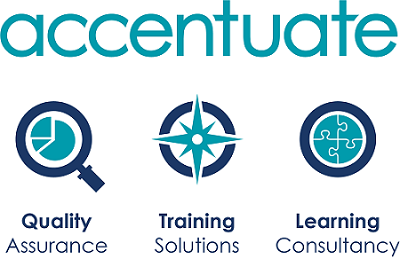 Empowering individuals and organisations to grow.

Our goal is to use our experience to help individuals to grow through personal development, and organisations to thrive by adding value through our training solutions, quality assurance services and learning consultancy.