Income and donations soar upon return of EACH shops 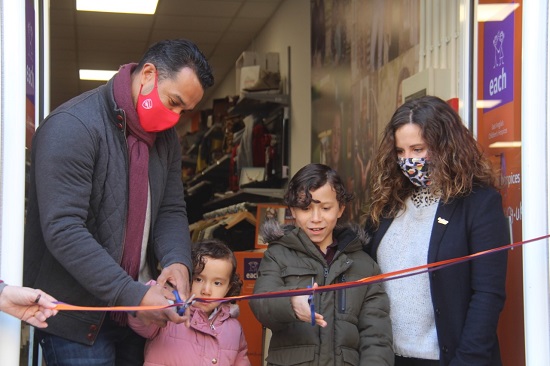 East Anglia’s Children’s Hospices (EACH) has taken three times the level of income and donations it normally would on the first day back for its high street shops.

It was EACH’s new shop in Royston, Hertfordshire, opened by a family who have previously received care and support from the charity, that was the best-performing in terms of income, with £1,915 passing through the till.

Sarah Throssell, EACH Acting Head of Retail, said: “Our shops took three times more income and donations than average yesterday, suggesting shoppers are out across the whole of East Anglia.

“We knew there would be a deluge of donations and I’m pleased to say we’re coping with the numbers we’ve received at the moment, but we’re still urging customers who plan to bring along donations to call ahead. We are, once again, overwhelmed with people’s generosity. The only thing is we must make sure we keep our premises safe for staff and volunteers, so in some cases we may consider limiting daily donations.

“We’re obviously delighted to have received such great support on the first day back. We couldn’t provide the millions of pounds we ordinarily do to help the region’s most vulnerable children and their families without it. Our shops have been shut 33 weeks of the last year and every week has meant £100,000 of lost income.

“Despite these positive and exciting times, there’s still a lot to do as we expect high street retail to be depressed over the coming year and estimate a shortfall of £1.2 million in retail income against pre-COVID trading predictions.

“For anyone who hasn’t visited one of our shops since the pandemic started, you can be assured our shops continue restricting customer numbers and making sure the environments are as safe as possible, with staff and volunteers on hand to give you a friendly welcome.”

Phone numbers for EACH shops are online at www.each.org.uk/shops.

The good cause has become a leading organisation in the world of charity retail, with a burgeoning shop portfolio. It had opened seven shops in 2019 and one in Colchester just before the first lockdown, meaning the Royston outlet was its first opening in just over a year. It also has popular online shops, on eBay and Amazon, and recently launched a boutique, Style With EACH, on ASOS Marketplace.

Anyone interested in more information on volunteering at an EACH shop can email volunteerservices@each.org.uk or call Sarah on 07540 335680.

Image: Keely Blows and Curtis Irish, son Teddy, nine, and daughter Marlowe, three, who received support from EACH when their daughter and sister, Tallulah, died at just less than three weeks old in December 2013, and have since raised over £24,000, cutting a ribbon to mark both the grand opening of EACH's Royston shop and reopening of its 42 other shops across Cambridgeshire, Essex, Norfolk and Suffolk.