UK CFOs gear up for growth and foresee spending boom 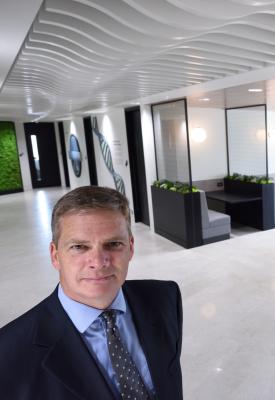 CFOs rate growth as their top priority, with expectations for an increase in hiring and investment at their highest levels in almost seven years, says Deloitte. Over half (57%) have either reported a full recovery in demand for their businesses, or expect to do so by the end of the year, with 41% reporting that demand for their businesses has already returned to pre-pandemic levels.

Spending by UK businesses is set to surge in the coming months, according to Deloitte’s UK CFO Survey Q2 2021. In a shift away from last year’s top priority of cost reduction, over three-quarters of CFOs (71%) expect rises in capital expenditure and 76% anticipate increases in hiring over the year ahead – with expectations for both at their highest levels in almost seven years.

Conducted between 16 and 29 June 2021, Deloitte’s latest quarterly CFO Survey captured sentiment among the UK’s largest businesses during the third lockdown. The latest survey saw 107 CFOs participate, including CFOs of 21 FTSE 100 and 43 FTSE 250 companies. The combined market value of the 69 UK-listed companies that participated is £548 billion, approximately 21% of the UK quoted equity market.

CFOs are now placing greater emphasis on expansionary strategies, with 41% rating introducing new products and services, or expanding into new markets as a strong priority. Meanwhile 30% rate expanding by acquisition and 22% rate increasing capital expenditure as a strong priority over the next 12 months. M&A seems set to play an outsized role in reshaping the business landscape, with CFOs rating expansion through acquisition a higher priority than at any time in the last 11 years.

Cost reduction, which has been a key priority for CFOs since the start of the pandemic, is now a lower priority than at any time in the last seven years.

Post-pandemic trends and a return to growth

In a post-pandemic recovery featuring low interest rates, rising demand and the government’s super-deduction, an overwhelming majority (89%) of CFOs expect to increase investment in digital technology and 83% predict gains in business performance and productivity.

As vaccinations enable a gradual reopening of the economy and a strong rebound in activity, 41% of CFOs report that demand for their own businesses has already returned to pre-pandemic levels, up from 27% in Q1. Over half (57%), have either reported a full recovery in demand or expect to do so by the end of the year.

Ian Stewart, chief economist at Deloitte, says: “With the economy reopening, CFOs’ perceptions of external uncertainty have dropped below the average of the last five years and businesses have tacked away from the defensive strategies that helped them through the downturn.

“The pandemic, like all major shocks, will reshape the economy and we are likely to see years of normal growth compressed into just a few months. Indeed, eight in ten CFOs believe that productivity will run higher in the wake of the pandemic. That offers the hope of a more comprehensive recovery than after the global financial crisis.”

CFOs describe a challenging environment for sourcing labour as corporates respond to rising demand. More than three-quarters report a rise in recruitment difficulties or skills shortages over the last three months.

For the first time, the survey asked CFOs to rank the risk of the long-term effects of climate change on their businesses. While Brexit has dropped down the risk list, the pandemic remains, by a slim margin, the biggest concern for CFOs, with rising inflation and climate change also in the top three. Inflation has been assigned the highest risk rating since the question was first asked in 2014.

Nearly one-third of CFOs expect inflation to be above 2.5% in two-years’ time, a sharp rise from 13% in Q1, and CFOs expectations for a rise in operating costs have hit a ten-year high.

Richard Houston, senior partner and CEO at Deloitte, comments: “The economy continues to be shaped by the aftermath of the pandemic as well as the transition to net zero.

“We’ve seen a huge shift from the uncertainty caused by the pandemic to an appetite for acquisitions, investment and hiring. With the majority of finance leaders expecting a return to at least pre-pandemic levels of demand, the focus is now on innovating and creating new products and services.

“The businesses that have successfully navigated this pandemic have been able to adapt quickly. Investing in digital technologies will be key to business agility and creating sustainable growth.”

This is the 56th quarterly survey of Chief Financial Officers and Group Finance Directors of major companies in the UK. The 2021 second quarter survey took place between 16 and 29 June. A total of 107 CFOs participated, including the CFOs of 21 FTSE 100 and 43 FTSE 250 companies. The rest were CFOs of other UK-listed companies, large private companies and UK subsidiaries of major companies listed overseas. The combined market value of the 69 UK-listed companies surveyed is £548 billion, or approximately 21% of the UK quoted equity market.