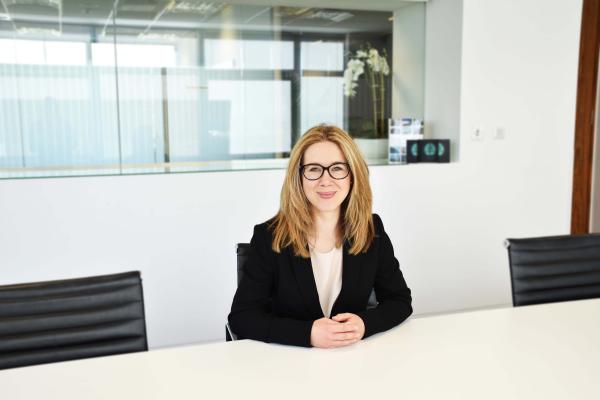 The firm, which has offices based across the East of England and London including, Cambridge, and Norwich, and further afield in Dubai, Channel Islands, and the Eastern Caribbean, announced these and 23 other internal promotions this month. They feature a diverse and expansive roster of qualifications and skills, with a collective 69 years within the company between them.

“These promotions recognise how diverse our teams are and how wide ranging our skill base is,” PB Managing Director Martin Clapson said in a statement. “Some have joined after qualification, others have had their whole career at Price Bailey. But what was clear is that everyone recognises the importance of a successful work life balance, and the ability to work either full-time or part-time does not impact ongoing development and promotions.”

Mark joined the firm in 2012 as a graduate trainee. Since qualifying in 2015 he has continued to progress quickly, becoming a manager in 2017 and a senior manager in 2020. Managing a range of clients across a variety of industries, Mark looks after some of our largest clients within the City office. He is a key player leading the ongoing growth of the City corporate team and continues to drive this growth. Outside of work Mark enjoys most sports, particularly a round of golf and often less enjoyably attending Arsenal games.

Gemma joined Price Bailey in 2017 as a manager in the tax team and was promoted to senior manager in 2019. Prior to this she started her career at Deloitte and then spent 10 years at PEM in Cambridge. She is ACA and CTA qualified and specialises in corporate tax, working on some of our most complex advisory work and regularly assisting the corporate and business teams with compliance. Gemma also specialises in R&D tax relief and Patent Box claims, which is an area she will continue to focus on as well as growing and developing the tax team. Outside of work, Gemma has a young son and is a trustee of a local charity.

Stacey joined Price Bailey in 2005 straight from A Levels as a trainee purchase ledger clerk, qualifying in 2010, becoming a manager in 2015. Stacey is now Price Bailey’s financial controller, managing both the finance team and, more recently, the facilities function. Her role is varied and ever changing, she has been instrumental in the changes to our offices front of house areas, and what the office environment will be going forward in the new normal. Outside of work Stacey is a mum of a two year old girl, and attempts to play netball now and then.

Sarah has been part of the tax team for two and a half years having joined Price Bailey after 10 years with Ernst and Young. She works across a wide range of tax advisory projects, but specialises in large and complex corporate groups, and international tax matters. She will continue to support the tax partners and wider firm in these areas in particular going forward. Outside of work, Sarah enjoys the great outdoors and spending time with her young family.

Simon has worked in our corporate department since joining the firm in 2008. He has been based in our Bishop’s Stortford office after growing up in the local area and living there with his wife and 2 children. Simon was promoted to manager in 2017 with a portfolio comprising standard corporate audit clients, academy schools and other sector specialisms, notably occupational pension schemes. Simon has continued to grow these ‘niche’ specialisms and is now working with FE&HE Colleges.

Mark joined Price Bailey in 2015 originally as Business Development manager in London after working in corporate finance for over eight years. Following a period working within the wider SCF department he transitioned back to corporate finance full-time and has since worked on a range of growth capital projects, management buyouts and company disposals. Mark maintains a strong network of Private Equity relationships in London which will help deliver work and originate new opportunities for the firm in the future. Outside of work, Mark is a father of two very young children but used to have plenty of hobbies before this, including playing and watching a wide range of sports, traveling, reading, and bedroom deejaying.

Simon joined Price Bailey in 2014, having previously qualified as a chartered accountant at Chantrey Vellacott. He works within the corporate team and manages a diverse spectrum of both corporate and not-for-profit clients. THis exposure has enabled him to develop a strong knowledge of UK GAAP as well as current auditing challenges facing both OMBs and charitable organizations. Simon is also critical in driving the growth of our City office. When not a work Simon can be found keeping fit and socialising with family and friends.

Stephan joined Price Bailey in 2017 from BDO, having also previously worked as an actuary. He is an audit specialist and works with some of East Anglia’s most respected organisations as well as some companies outside the region. In addition to the usual corporate work, Stephan has started to roll out analytical audit techniques across the firm. This will continue as digital audit techniques become increasingly prominent across the profession. Outside of work Stephan has a young family and enjoys a variety of water-based activities, one of the many reasons he lives close to the Norfolk Broads.

Andrew joined Price Bailey's tax team in 2015 after beginning his career with Dixon Wilson. He is responsible for portfolio of personal and trust tax clients and property tax work, and has developed an in-depth knowledge in these areas. In addition, he has developed knowledge and skills in SDLT/ATED matters, and will continue to support the wider team advising clients with complex affairs.