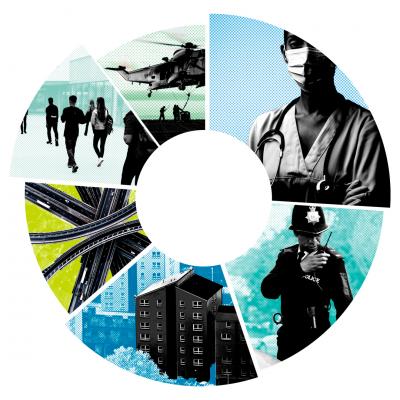 The UK public sees tackling climate change and scientific innovation as key to the UK’s future global reputation, according to State of the State 2021-22, an annual report on attitudes to government and public services from Deloitte and Reform, the independent think tank.

The research features an Ipsos MORI online survey of 5,792 UK adults aged 16-75 which asked them to name the characteristics they think the UK is best known for around the world. The most popular answer in the East of England, mentioned by 46% of the region’s public, was British history, followed by British arts and culture (29%) and being a good place for tourists to visit (also 29%).

Two-fifths of adults in the East of England (40%) believe that an individual’s skill and employability are some of the biggest factors in determining whether they are able to get ahead in society. In addition, one-third of respondents (31%) believe that parents’ social class or background makes a difference.

Wealth (30%) and private education (21%) were also regarded as influences on someone’s success in life. Regional location was only regarded as the fifth most significant factor, according to 20% of respondents in the East of England.

Jayson Hadley, head of government and public services at Deloitte, commented: “As the UK plays host to COP26, it’s encouraging to see the public wanting the UK to be known globally for leading the climate change agenda. The Government is taking the country in that direction, but a true reputation for environmental leadership will take years of sustained action.

“The UK’s rapid development and roll-out of vaccines and healthcare solutions during the pandemic reinforced its position as a global leader in science and medicine and it’s clear that the public wants this to be a major part of the UK’s future global reputation.”

Charlotte Pickles, Reform Director, said: “From new heating systems to greener modes of transport, an honest conversation about the cost of getting to Net Zero is long-overdue with the public.

“If the public wants Britain to be known for leading the world on tackling climate change, the Government must not be afraid to utilise all the levers available to it to encourage greener behaviour – including tax and duties.”

Skills and employability key to levelling up

Deloitte’s research also examined attitudes towards the Government’s ‘levelling-up’ agenda, including perceptions of factors that help people get ahead in society.

More than two-fifths of UK adults (43%) believe that an individual’s skills and employability are some of the biggest factors in determining whether they are able to get ahead in society.

In addition, three in ten respondents (31%) believe that parents’ social class or background makes a difference.  Wealth (28%) and whether someone receives a private or state education (24%) were also regarded as influences on someone’s success in life.

Regional location was only regarded as the fifth most significant factor, mentioned by 21% of respondents.

Jayson Hadley added: “Our research shows that levelling-up is as much about people as it is about place – if not more.

“This is as clear a sign as ever that the Government’s levelling-up ambitions should not only be focused on improving regional mobility, infrastructure and investment, but it should also be centred around narrowing skills gaps and improving the employability of its citizens.”

Charlotte Pickles said: “The Government is right to want to spread opportunity, but as our polling shows, few people think geography is the key barrier.

“The Government’s investment in skills and education has the potential to make a big difference, but this must be coupled with a commitment to ensure that success isn’t dependent on the family you’re born in to.”

Methodology
Ipsos MORI surveyed 5,792 UK adults online aged 16-75 between 9th and 14th September 2021. Topic areas included: attitudes to taxation and spending, trust in government, public services and businesses, reducing regional inequality, social care and Britain’s future in the world. The results have been weighted to reflect the known profile of the adult population in the UK.

About Reform
Reform is an independent, non-party, charitable think tank whose mission is to set out ideas that will improve public services for all and deliver value for money.