Games consoles, wearable devices, NFTs and chip investment to trend in year ahead – Deloitte's predictions for 2022 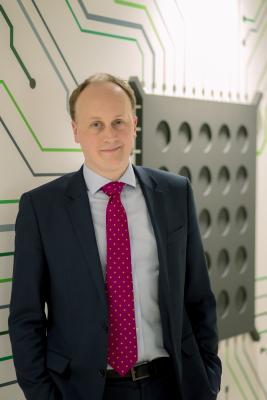 The technology, media and telecommunications (TMT) practice at Deloitte, has today announced its predictions for the sector in 2022.

By the start of 2022, Deloitte predicts there will be 900 million console players worldwide. Each will bring an average £69 of revenue per gamer to the industry; comfortably more than the projected £17 per PC gamer and £37 per mobile gamer.

Paul Lee, global head of technology, media and telecommunications research at Deloitte, said: “2022 marks the 50th birthday of the games console with the device now a veteran of the technology industry, outlasting camcorders and CD players, among others. We saw usage of consoles spike during lockdown, with many using their devices as a way to socialise when restrictions prevented people from meeting in person. Usage has remained high as, for many gamers, leaving the game may mean disconnecting from friends.”

VC firms to supersize chip start-up investment in 2022: More than £4.5 billion to be invested in semiconductor start-ups

Lee added: “As VC investment in semiconductors remains at elevated levels, there will be a wider benefit brought to digital transformation ambitions. At a high level, heavy VC investment will in turn grow new kinds of innovative chips and thus, computing capabilities, potentially leading to digital transformation of the like we’ve never seen before.”

Deloitte predicts that while the semiconductor shortage will endure throughout 2022, it will be less severe than in the last 16-months, and it will not affect all chips.

While in mid-2021, customers have been waiting between 20–52 weeks for multiple types of semiconductors, causing manufacturing delays or shutdowns, by the end of 2022 lead times will be closer to 10–20 weeks and to reach equilibrium by early 2023.

Julian Rae, partner in the Deloitte Tech Foundry (pictured), said: “Rising demand for chips across almost every industry – from data centres, to automotive, to healthcare – has led to this lengthy chip shortage, which has been further exacerbated by the pandemic. However, the end is on the horizon, with fresh investment in manufacturing capacity from chipmakers and governments helping to meet demand by 2023.”

Wearables to run rings around other digital device purchasing: 320 million wearable devices will ship worldwide in 2022

This comes as consumers are increasingly using smartwatches and fitness trackers alongside smartphones to track their health and wellbeing, with smart patches also becoming available off the shelf and via prescriptions.

According to Deloitte’s Digital Consumer Trends research published earlier this year, wearable devices saw the biggest increase in ownership out of any technology in the UK in 2021: 40% of consumers now have access to a smartwatch or fitness band, up from 31% in 2020.

Karen Taylor, research director of the Centre for Health Solutions at Deloitte, said: “As usage of wearable devices and smart patches continues to grow, so will awareness of the benefits the devices bring to consumer health, wellbeing and potentially the care that they receive. As a result, we’re likely to see Big Tech companies, as well as healthcare professionals and start-ups, focus fiercely on wearable device innovation and investment in the two-years ahead.”

NFTs for sports media to generate more than £1.5 billion in transactions in 2022

Deloitte also predicts that between four and five million sports fans globally will purchase or receive an NFT sports collectible as a gift in 2022.

Theo Ajadi, consultant in the Sports Business Group at Deloitte, said: “The 2021–2022 season could be the first in which NFTs start to make a major mark from a revenue perspective and by 2023 it is likely that most major football leagues in Europe will have launched multiple NFT related products.

“NFTs have added rarity to sporting moments and, in the future, every game of every season could generate a new matchday moment solely available to the highest bidder via an NFT.”

Deloitte predicts that 2022 will be the final year that traditional television from broadcasters, whether live, time-shifted, or on-demand, collectively makes up more than 50% of video viewing on all screens in the UK.

By 2027, Deloitte predicts that viewers aged between 4 and 34 will watch most of their video content via social media, followed by streaming channels. In contrast, viewers aged over 34 will continue to favour broadcast content.

Rupert Darbyshire, partner in Deloitte’s technology, media and telecommunications practice, comments: “It would be a mistake for advertisers to cut the cord with broadcasters altogether. The TV screen still holds huge power in its ability to create national water cooler moments and broadcast high quality advertising to households across the UK. Addressable advertising, programmed to show different ads to different households, has the potential to boost the impact of on-screen advertising even further.”

Deloitte predicts that smartphones will generate 146 million tons of CO2 or equivalent emissions (CO2e) globally in 2022.

The bulk of these emissions, 83% of the total, will come from the manufacturing, shipping, and first-year usage of the 1.4 billion new smartphones forecast to be sold in 2022. Usage-related emissions from the other 3.1 billion smartphones in use during 2022 will generate an additional 11%, and the remainder will come from refurbishing existing smartphones (4%) and end-of-life processes (1%), including recycling.

Deloitte’s analysis highlights that the single biggest factor that could reduce a smartphone’s carbon footprint is to extend its expected lifetime, with consumers keeping their handsets for longer.

Rafi Addlestone, associate director in Deloitte’s sustainability practice, adds: “With sustainability now firmly on the boardroom agenda, businesses across all sectors are striving to understand the impact of their industry and products on their carbon footprint. The smartphone industry will need to balance product innovation with educating consumers on how best to recycle and prolong use of current and old devices.”

Streaming platforms challenged to stop subscribers hitting the buffers: Deloitte predicts at least 150 million subscriptions will be cancelled in 2022

Deloitte predicts that in 2022 at least 150 million paid subscriptions to subscription video-on-demand services (SVOD) will be cancelled worldwide, with churn rates of up to 30% per market.

However, overall, more subscriptions will be added than cancelled as the average number of subscriptions per person will rise. In markets with the highest churn, many of those cancelling may resubscribe to a service that they had previously left.

High churn levels will heighten competition between streaming platforms, with Deloitte predicting that platforms may spend up to £150 on marketing its subscription to an individual.

Lee concludes: “Following blockbuster growth during the pandemic, the growth in new SVOD households is likely to slow across the UK, US and Europe. SVOD providers will use various plays to make their subscribers stay. They can team up with telcos to offer discounted bundles; they could offer additional types of content, from podcasts to mobile games; and they can release episodes of the most valued tentpole content weekly.”

Deloitte Global’s annual TMT Predictions report provides an outlook on technology, media and telecommunications trends that may disrupt and transform the business and consumer ecosystems worldwide. Visit www.deloitte.com/predictions to learn more and connect with Deloitte on Twitter: @DeloitteTMT, @Deloitte and LinkedIn: @Deloitte.

In this press release references to “Deloitte” are references to one or more of Deloitte Touche Tohmatsu Limited (“DTTL”) a UK private company limited by guarantee, and its network of member firms, each of which is a legally separate and independent entity.

Please see deloitte.com/about for a detailed description of the legal structure of DTTL and its member firms.