A141 Huntingdon and St Ives road plans will go ahead together, Combined Authority reveals

Following engagement with residents, community groups and businesses with an interest in options to improve the A141 at Huntingdon and the road network around St Ives, Mayor of Cambridgeshire & Peterborough, Dr Nik Johnson, has asked Combined Authority officers to take forward streamlined plans that advance the improvement for both areas in one joint scheme. 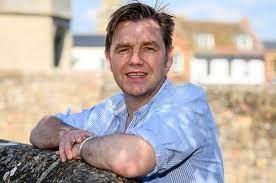 The Mayor has also asked Combined Authority officers to work with their counterparts at Cambridgeshire County Council to accelerate delivery of some ‘quick-win’ infrastructure improvements in St Ives that were identified during the feasibility work.

During 2021, the Combined Authority took community soundings in two separate Have-Your-Say surveys of people in the A141 Huntingdon and St Ives areas. Following analysis of the comments and insights received from the public, the Mayor asked his team to merge what were formerly parallel improvement proposals into one study to be moved forward as one project.

Mayor of Cambridgeshire & Peterborough, Dr Nik Johnson, said:“The Combined Authority intends to make travel better, greener, safer and more joined-up for the communities of Huntingdon and St Ives. Proposals for each area were always tightly linked but it makes sense to take them forward as a single, connected plan that works for both areas, responds to the climate crisis and the need to support good growth for the region, growth that is healthy and properly sustainable.”

In January, the Board of the Combined Authority will be updated on progress and asked to approve moving the whole scheme forward to the next stage – a joint Outline Business Case including preliminary design - which takes into account the green agenda, support for active travel, and the Combined Authority’s refreshed Local Transport and Connectivity Plan.

The Combined Authority has been progressing the A141 and St Ives Transport Strategic Outline Business Case stage in line with the Treasury Green Book process, to develop options that can be considered for future funding.

Following the public engagements during 2021, with a welcome level of input, insight, and response from a range of A141 Huntingdon and St Ives area communities, the report seeking approval to move to the next stage is now being prepared for the January Board.

Road safety, congestion, air quality, protection from rat-running and concerns about HGVs were all high on the agenda of people responding to the Huntingdon A141 Have-Your-Say survey to gather public opinion on the transport options around Huntingdon. Clawing roadspace back from motor vehicles for cyclists and walkers also topped the wishlist for St Ives.

Overall, the St Ives findings reveal a community wanting safer and less congested travel with reduced journey times and an appetite to have the town well-connected for growth. Most respondents were residents of St Ives and the majority of trips taken by respondents in the local area were made by foot, cycle and car.

“I’m pleased to say that the feasibility study by Cambridgeshire County Council revealed some really smart infrastructure improvements within St Ives that could make a big difference to people in the town.  I’ve therefore asked Combined Authority officers to sit down with their colleagues at County to consider how these quick-win improvements can be brought forward fast to be physically delivered alongside the next study stage”, said Mayor Dr Johnson.