After a promising start to the year, UK IPOs grind to a halt 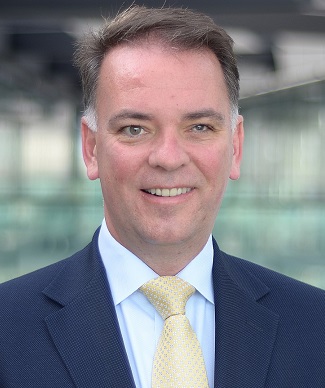 The combination of a reduction in oil prices and the COVID-19 crisis has created the most turbulent market conditions since the financial crisis in 2008, severely impacting IPO activity, according to EY’s latest IPO tracker (EY IPO Eye).

The results of the General Election in December, and consequently more clarity around Brexit, laid the foundations for a promising start to the new year for IPO activity in the UK. The London Stock Exchange saw some significant listings taking place in the first two months of 2020, with three IPOs on the Main Market and two admissions to AIM, raising in total some £615m – equivalent to a 28% increase on the entire proceeds of the first quarter 2019.

Scott McCubbin, EY’s UK IPO Leader (pictured), comments: “After a promising start, unsurprisingly listing activity in 2020 came to an abrupt halt. The resultant economic turmoil caused by a dramatic fall in oil prices and the impact of COVID-19, effectively closed the IPO markets to new issuers in what is typically the busiest month of the quarter (March).

“Companies are now rightly focused on the safety of their people and the continuity of their business, putting any immediate IPO plans on the back-burner. Market activity, in the short term, will be focused on existing issuers shoring-up their liquidity and exploring other fundraising strategies to keep them afloat.”

By funds raised, the largest IPO to list on the Main Market in quarter one 2020 was Calisen, a private equity backed owner and manager of energy infrastructure assets based in Manchester, which raised £337m. It was followed by the Nippon Active Value Fund IPO raising £103m.

The largest admission on AIM in Q1 was another private equity backed business, Inspecs. The Bath-based eyewear designer, manufacturer and distributer, raised funds of £94m.

Globally, 230 IPOs listed in the first quarter – an 11% year-on-year increase – raising US$28.0b in proceeds, which was nearly double the proceeds in the same period last year. The majority of listings took place in the first two months of 2020, spurred by an uptick in momentum at the end of 2019. Over half of the total global IPOs in Q1 took place in Asia Pacific markets.

In March, IPO activity worldwide quickly tailed off in all markets. The CBOE’s (Chicago Board Options Exchange) Volatility Index (VIX®), which represents the expected range of movement in the S&P 500 index over the next month, rose to all-time high of 82.69 on 16 March 2020. Similarly, in EMEIA volatility indices for EURO STOXX and Germany’s VDAX both saw their highest levels since the global financial crisis.

Scott continues: “The impact of COVID-19, and other global factors such as dramatic fluctuations in oil prices, have had a pervasive impact on the IPO ecosystem in Q1 2020. We anticipate the effect on market volatility, equity indices and valuations to continue for the foreseeable future until the COVID-19 crisis and the economy stabilises.

“However, looking ahead, at this stage we expect to see a pick-up in IPO activity in the second half of the year and indeed a potential scale-up in listings in the later months of the year, when compared to the same period in 2019.”