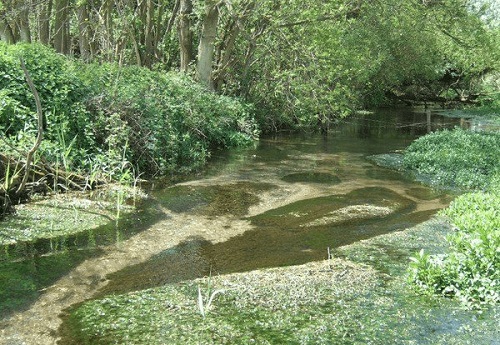 Anglian Water has outlined plans for a programme of river restoration schemes which will begin this Autumn at selected locations across the East of England.

The water company plans to invest over £7million across 16 separate schemes all designed to restore unique river habitats, improving ecology and biodiversity. The work will be delivered by Anglian Water in collaboration with a number of environmental bodies, alongside the wider, established, Catchment Based Approach (CaBA) partnerships.

The investment is part of £300million worth of fast-tracked funding the water company brought forward at the end of 2020 as part of the Government’s green recovery plans. After being given the green light by Defra, Anglian has begun work on more than 200 environmental schemes, a year earlier than planned, and at no extra cost to customers.

This accelerated delivery is aligned to the Rivers Trust’s recent call for a radical rethink for rivers and its release of their State of Our Rivers report.  The report points out the importance of restored healthy rivers for climate resilience, particularly in drought vulnerable areas such as East Anglia.

By restoring targeted stretches of riverbed, the company estimates there will be a wider ecological benefit across up to 250km of river catchment.

Water Resources Environment Manager for Anglian Water, Martin Bowes said: “The aim of these schemes is to reinstate the natural processes in the rivers that have been lost through historical river management and modification. The work will reinstall meanders, riffles, and gravel into the river beds, creating variation in river flows and protection against erosion. By changing the river's shape – narrowing or shallowing some parts, we can increase habitat diversity and allow the river to function more how nature intended it to, and as importantly, without increasing the risk of flooding to local amenities, businesses or homes.

“By taking this approach, we hope to see an improvement in the diversity of invertebrate life in the river, which is an excellent indicator of overall river health, whilst also increasing the resilience of the river ecosystems to fluctuations in flows throughout the year.

“We’re really excited to be working collaboratively with our CaBA partnerships, local Rivers Trusts, environmental groups and landowners to maximise the benefit that can be delivered for these important ecosystems across East Anglia.”

Eighty-five per cent of the world’s chalk streams are found in the UK in southern and eastern England. They are renowned for their clear waters and diverse, thriving habitats.

Further target areas for restoration include the River Gwash, East Glens and West Glens in Lincolnshire, and the Broughton Brook in Bedfordshire.

Barry Bendall, Operations Director for the Rivers Trust said: “It’s really positive to see Anglian Water fast-tracking their investment in nature-based infrastructure and helping rivers recover to build better climate resilience. The programme of river restoration builds on previous partnership projects in the region, and will give local environments the chance to thrive again.

“It will take concerted, cross- sector collaboration across all of our catchments to improve the quality of our rivers and see them return to the flourishing natural habitats that are so vital for wildlife and local communities.”

Anglian Water is the largest water and wastewater company in England and Wales by geographic area. We employ 5,000 people and supply water and water recycling services to more than six million customers in the east of England and Hartlepool.