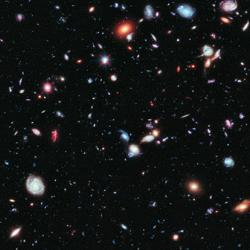 The University of Cambridge is creating a new research initiative, bringing together physicists, chemists, biologists, mathematicians, and earth scientists to answer fundamental questions on the origin and nature of life in the Universe.

Led by 2019 Physics Nobel Laureate Professor Didier Queloz, the Cambridge Initiative for Planetary Science and Life in the Universe will be the driving force for the development of a new Cambridge research community investigating life in the Universe, from understanding how it emerged on Earth to examining the processes that could make other planets suitable for life.

The initiative comes at a crucial moment in science, as scientists are able to study exoplanets – planets orbiting stars other than our Sun – in ever-greater detail, and outstanding progress is being made in prebiotic chemistry: carefully-regulated laboratory experiments to recreate the conditions when life first formed on Earth.

In addition, the recent successful landing of the Mars 2020 Perseverance Rover set in motion one of the greatest international scientific endeavours of recent decades. Within the next ten years, samples returned from a four-billion-year-old lake deposit on Mars will offer a unique window on the Solar System as it was when life originated on Earth and could provide evidence of ancient life on the Red Planet.

“These recent revolutions and future perspectives offered by next-generation space missions mean that the planets are aligned for us to create a vibrant new field at the cutting edge of modern science,” said Queloz, from Cambridge’s Cavendish Laboratory and Director of the Initiative.

Building on the University’s research excellence and enhancing the multidisciplinary research conducted in various departments of the School of the Physical Sciences, the focus of the research within the new Initiative will be to understand the origins and physical properties of planets throughout the Universe, as well as the chemical and biological processes capable of starting and sustaining life.