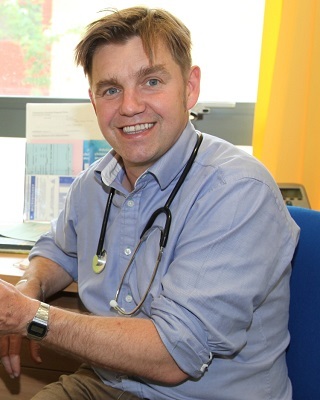 Dr Nik Johnson has been confirmed as the next mayor of Cambridgeshire and Peterborough after a victory against Conservative James Palmer with 51.3 per cent of the vote.

He is aware of the huge challenges we face as we emerge from the pandemic and working with the NHS he has seen and experienced things he never thought he would see in his career, or lifetime.

While defeating the pandemic is paramount he will work tirelessly with authorities and communities across the region to lead our recovery. He wants to ensure our region gets the transport infrastructure, affordable and, more importantly, social housing, jobs and resources we need and that will to match our strategic and economic importance to the UK economy.

“This time is key as the country deals with the challenges from Covid-19, Brexit and climate change.

“The Chamber looks forward to working closely with the new mayor to support the region's recovery.”

Conservative Darryl Preston has been elected as the new police and crime commissioner for Cambridgeshire and Peterborough.

The win is a Conservative hold but with a new candidate, as the former police and crime commissioner, Jason Ablewhite, resigned from the role during his term.

Mr Preston was a serving Police officer for 30 years, with 20 years spent in Cambridgeshire. He has worked both frontline and in neighbourhood policing.

After retiring from the force he became a senior official at the Association of Police and Crime Commissioners in Westminster. This role placed him at the very heart of government, attending and influencing strategic meetings chaired by ministers of state - including the Serious Violence Taskforce, Strategic Economic Crime Board and ministerial round-table events.

Cambridgeshire Chambers of Commerce is a gateway to international trade, providing Cambridgeshire’s innovative exporters with a unique combination of expert knowledge and the business connections needed to capitalise on new market opportunities and succeed in our global marketplace.