May screenings from Cambridge Film Festival at Home 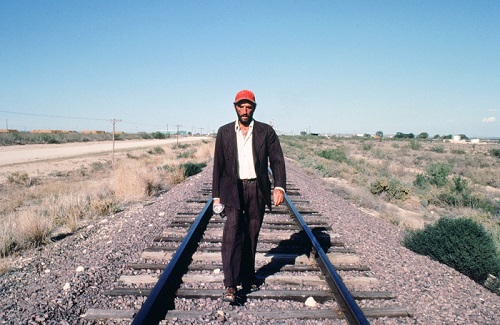 Cambridge Film Festival at Home has announced further film screenings as part of its on-going ‘A Film I love…’ series and ‘Rewind’, a brand-new season for film lovers that kicked off last month.

The Cambridge Film Festival at Home initiative is available to everyone throughout the UK. It features the popular online version of ‘A Film I Love…’ series and the ‘Rewind’ season, a look back at some of the greatest films from Cambridge Film Festival prior to the Festival’s 40th anniversary in October. Both strands offer a Pay What You Can Afford pricing structure via the Festival’s website.

Throughout May, CFF at Home is set to showcase a further three films as part of its ongoing monthly screenings.

From 6pm 7th May – midnight 9th May, Andrew Collins, Radio Times Film Editor and host of Classic FM’s Saturday Night at the Movies, presents the hilarious comedy classic, CARRY ON SCREAMING!, as part of A Film I love… During his passionate and articulate homage to the film prior to its screening, Andrew explains why CARRY ON SCREAMING! is not only his favourite Carry On film but also a ‘Film he loves’.

Empire magazine has said of Screaming that it ‘is most certainly a Carry On film, with its pungent innuendo and sheepish sexism, but its exploration of a genre — in this case, the lurid fillips of Hammer Horror — reveal genuine skill and appreciation… between its bouts of bawdy humour, it is actually scary…’ But, at the end of the day, ‘It is still a comedy and a very funny one at that.’

Andrew began his media career in the mid-80s, laying out pages for the NME, and eventually becoming a regular writer for the weekly music paper and then features editor. He has since worked for Select, Empire and Q, and has been the Film Editor for Radio Times since 1999. As a scriptwriter, he has worked for EastEnders and Not Going Out (sharing a Royal Television Society award with Lee Mack), and co-wrote Grass for BBC2 with star Simon Day. On the radio, he has broadcast on Radio 1, Radio 2, Radio 3, Radio 4 (where two series of his sitcom Mr Blue Sky was aired), 5 Live and 6 Music. On Classic FM, he has hosted film show Saturday Night at the Movies for six years.

Between 21st – 27th May, CFF at home presents two further films as part of the retrospective Rewind season:

PARIS, TEXAS (still from the film above): Director Wim Wenders attended CFF 8 to present the outstanding PARIS, TEXAS in 1984, just weeks after it had won the Palme d’Or at Cannes. With his outsider’s view of America, Wim Wenders transforms PARIS, TEXAS into a haunting tale of loss, redemption and the ties that bind families together, and is arguably Wenders’ greatest achievement.

Travis Henderson (Harry Dean Stanton) walks out of the desert after four years, to the amazement of his brother, Walt (Dean Stockwell).  Reunited with Hunter, his seven-year- old son, Travis decides that they should search for his ex-wife (Nastassja Kinski) so that they can be a family once again.

“Then there are the miracles of the performances by Harry Dean Stanton, Nastassja Kinski and Hunter Carson” - roberebert.com

LETTERS FROM BAGHDAD:  Directors Zeva Oelbaum and Sabine Krayenbuhl presented their enthralling documentary to two packed screenings at CFF 36 in 2016.

LETTERS FROM BAGHDAD is the story of a true original—Gertrude Bell—sometimes called the ‘female’ Lawrence of Arabia. Voiced and executive produced by Academy award-winning actor Tilda Swinton, the documentary tells the dramatic story of this British spy, explorer and political powerhouse. Bell travelled widely in Arabia before being recruited by British military intelligence to help draw the borders of Iraq after WWI.

Using never-seen-before footage of the region, the film chronicles Bell’s extraordinary journey into both the uncharted Arabian desert and the inner sanctum of British male colonial power. With unique access to documents from the Iraq National Library and Archive and Gertrude Bell’s own 1600 letters, the story is told entirely in the words of the players of the day, excerpted verbatim from intimate letters, private diaries and secret communiqués.

It is a unique look at both a remarkable woman and the tangled history of Iraq. The film takes us into a past that is eerily current.

Each film can be viewed via the CFF at Home screening room. They have been carefully chosen so that film lovers continue to have an opportunity to watch interesting, unique and alternative cinema.

Information about all aspects of CFF at Home can be found here: camfilmfest.com

CFF at Home is made possible by BFI’s Film Audience Network, with the support of The National Lottery.

Cambridge Film Festival is presented by Cambridge Film Trust, a registered charity with a mission to foster and promote film culture and education for the benefit of people in Cambridge, the East of England and throughout the UK.