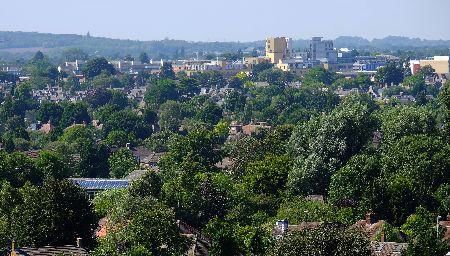 The next steps have been set out for the Greater Cambridge Partnership’s multi-million-pound public transport routes.

Members will discuss the findings of an in-depth and independent audit of the Cambourne to Cambridge (C2C) project which has concluded the scheme can proceed to the next stage – an Environmental Impact Assessment.

The audit - commissioned by the GCP’s Executive Board to test the robustness of the assumptions and constraints of the project - is the second independent review of the route appraisal process, following the 2018 report by Arup on behalf of the Cambridgeshire and Peterborough Combined Authority (CPCA).

The findings of this latest audit, which was led by Phil Swann from Central Intelligence, says C2C is ‘aligned with national, regional and local economic and transport strategies’ and the ‘objectives remain valid’. It also finds the scheme will complement East West Rail.

As such, the conclusion of the audit is that “there is no reason why the Executive Board of the GCP should not proceed to the next stage in the development of the C2C scheme”.

The C2C project has been subject to significant delay and the report recognises that housing developments in Cambourne West and Bourn Airfield rely on the project to be opened by 2025, otherwise planned growth will be put at risk.

Members will also consider reports on Cambridge Eastern Access and Waterbeach to Cambridge projects which would significantly improve public transport and active travel journeys into the city from the east and north.

The Eastern Access paper sets out proposed short-term improvements for walking and cycling along the length of Newmarket Road, along with the option of moving the Newmarket Park & Ride closer to the A14 J35.

If the Marshalls site is included in the preferred options for the Greater Cambridge Local Plan, then part of the redevelopment could include a new high-quality public transport route through the site via the P&R into the city.

GCP will also work with other stakeholders to seek improvements to the Cambridge to Newmarket railway.

The Waterbeach to Cambridge report recommends that a western and a revised central route option for a dedicated public transport link are taken forward as preferred options for further assessment in the next phase of the project.

This means all potential corridors for a public transport route that could affect homes or the allotments in Waterbeach are no longer being considered.

And subject to approval from the Executive Board and Joint Assembly, the GCP will submit a Transport and Works Act order to seek permission to construct a dedicated public transport route and active travel links as part of phase two of the Cambridge South East Transport project.

The new segregated route, along with a new travel hub near the A11, will mean people to the south-east of Cambridge will have access to faster and more reliable public transport services to the city and key employment sites.

Papers for the Joint Assembly can be found on the Cambridgeshire County Council’s website. The meeting will be held today (10 June).

The Greater Cambridge Partnership is the local delivery body for a City Deal with central Government, bringing powers and investment, worth up to £1 billion over 15 years, to vital improvements in infrastructure, supporting and accelerating the creation of 44,000 new jobs, 33,500 new homes and 420 additional apprenticeships.