NVIDIA has officially launched Cambridge-1, the UK's most powerful supercomputer, which will enable top scientists and healthcare experts to use the powerful combination of AI and simulation to accelerate the digital biology revolution and bolster the country’s world-leading life sciences industry. 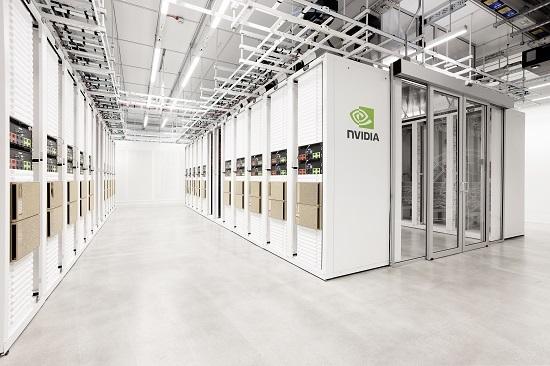 Cambridge-1 brings together decades of NVIDIA’s work in accelerated computing, AI and life sciences, where NVIDIA Clara™ and AI frameworks are optimized to take advantage of the entire system for large-scale research. An NVIDIA DGX SuperPOD™ supercomputing cluster, it ranks among the world’s top 50 fastest computers and is powered by 100 percent renewable energy.

“Cambridge-1 will empower world-leading researchers in business and academia with the ability to perform their life’s work on the U.K.’s most powerful supercomputer, unlocking clues to disease and treatments at a scale and speed previously impossible in the U.K.,” said Jensen Huang, founder and CEO of NVIDIA. “The discoveries developed on Cambridge-1 will take shape in the UK, but the impact will be global, driving groundbreaking research that has the potential to benefit millions around the world.”

Cambridge-1 builds on the UK's status as a global leader in life sciences, technology and AI by providing advanced infrastructure for current and future generations to carry out groundbreaking research within the country.

According to a report by Frontier Economics, an economics consulting firm, Cambridge-1 has the potential to create an estimated value of £600 million (about $825 million) over the next 10 years.

The MegaMolBART drug discovery model is being used in reaction prediction, molecular optimization and de novo molecular generation and will optimize the drug discovery process. It is based on AstraZeneca’s MolBART transformer model and is being trained on the ZINC chemical compound database — using NVIDIA’s Megatron framework to enable massively scaled-out training on supercomputing infrastructure. This model will be open sourced, available to researchers and developers in the NVIDIA NGC™ software catalog.

NVIDIA and AstraZeneca are also planning a separate project on Cambridge-1 focused on the use of AI in digital pathology. In digital pathology, significant time and money are spent annotating whole slide images of tissue samples, to aid the search for new insights. By using unsupervised AI algorithms trained on thousands of images, it is possible to accelerate the process of annotating while simultaneously finding potential imaging features that help in drug development

“Training AI algorithms on whole slide images is challenging in part due to the size of the images,” said Lindsay Edwards, vice president and head of AI, Respiratory and Immunology, BioPharmaceuticals R&D at AstraZeneca. “Working with NVIDIA on Cambridge-1 enables us to scale our current work and develop new methodologies advancing the use of AI in digital pathology.”

GSK’s research and development approach includes a focus on genetically validated targets, which are twice as likely to become medicines and now make up more than 70 percent of its research pipeline. To maximize the potential of these insights, GSK has built state-of-the-art capabilities at the intersection of human genetics, functional genomics, and artificial intelligence and machine learning.

“Advanced technologies are core to GSK’s R&D approach and help to unlock the potential of large, complex data through predictive modeling at new levels of speed, precision and scale,” said Dr. Kim Branson, senior vice president and global head of AI-ML at GSK. “We are pleased to have the opportunity to partner with NVIDIA to deliver on GSK’s drug discovery ambition and contribute to the U.K.’s rich life sciences ecosystem — both aims that have patient benefit at the centre.”

Working with partners at the cutting edge of genetics, genomics and AI/ML can ultimately help GSK predict more about human health, and develop better medicines that are twice as likely to succeed in the clinic and go on to become approved therapies that benefit patients. Access to Cambridge-1 will contribute additional computational power and state-of-the-art AI technology to GSK’s drug discovery process.

King’s College London and Guy’s and St Thomas’ NHS Foundation Trust are using Cambridge-1 to teach AI models to generate synthetic brain images by learning from tens of thousands of MRI brain scans, from various ages and diseases. The ultimate goal is to use this synthetic data model to gain a better understanding of diseases like dementia, stroke, brain cancer and multiple sclerosis and enable earlier diagnosis and treatment.

As this AI synthetic brain model can generate an infinite amount of never-seen brain images with chosen characteristics (age, disease, etc.), it will allow a better and more nuanced understanding of what diseases look like, possibly enabling an earlier and more accurate diagnosis.

“Through this partnership, we will be able to use a scale of computational power that is unprecedented in healthcare research,” said Professor Sebastien Ourselin, head of the School of Biomedical Engineering & Imaging Sciences at King’s College London. “It will be truly transformational for the health and treatment of patients.”

This research leverages several of the U.K.’s world-leading healthcare resources through close collaboration with the National Health Service and the UK Biobank, one of the richest biomedical databases in the world. King’s College London intends to share this synthetic data model with the greater research and startup community.

“The power of artificial intelligence in healthcare will help to speed up diagnosis for patients, improve services such as breast cancer screening, and support the way that we risk assess and prioritize patients according to clinical need,” said Professor Ian Abbs, chief executive officer of Guy’s and St Thomas’ NHS Foundation Trust. “We are excited about our involvement in the Cambridge-1 data center as it will enable us to be amongst the first to benefit from these new AI capabilities — using the very latest technology to benefit our patients, as well as manage precious resources more efficiently.”

Oxford Nanopore Technologies’ long-read sequencing technology is being used in more than 100 countries to gain genomic insights across a breadth of research areas — from human and plant health to environmental monitoring and antimicrobial resistance.

Oxford Nanopore deploys NVIDIA technology in a variety of genomic sequencing platforms to develop AI tools that improve the speed and accuracy of genomic analysis. With access to Cambridge-1, Oxford Nanopore will be able to carry out tasks relating to algorithm improvement in hours rather than days. These improved algorithms will ensure improved genomic accuracy for greater insights and quicker turnaround times in scientists’ hands.

“Harnessing the power of Cambridge-1 will help us further speed up our algorithm development to support powerful, accurate genomic analysis,” said Rosemary Sinclair Dokos, vice president of Product and Programme Management at Oxford Nanopore. “This will in turn enable the scientists using our technology on the ground to gain more insights than ever before, across a breadth of research areas.”

Cambridge-1 is the first NVIDIA supercomputer designed and built for external research access. The company will collaborate with researchers to make much of this work available to the greater scientific community.

Featuring 80 DGX™ A100 systems integrating NVIDIA A100 GPUs, BlueField®-2 DPUs and NVIDIA HDR InfiniBand networking, Cambridge-1 is an NVIDIA DGX SuperPOD that delivers more than 400 petaflops of AI performance and 8 petaflops of Linpack performance. The system is located at a facility operated by NVIDIA partner Kao Data.

Cambridge-1 is the first supercomputer NVIDIA has dedicated to advancing industry-specific research in the U.K. The company also intends to build an AI Center for Excellence in Cambridge featuring a new Arm-based supercomputer, which will support more industries across the country.

Watch the inauguration event and learn more about the Cambridge-1 supercomputer.

Fueled by the insatiable demand for better 3D graphics, and the massive scale of the gaming market, NVIDIA has evolved the GPU into a computer brain at the exciting intersection of virtual reality, high performance computing, and artificial intelligence. ...