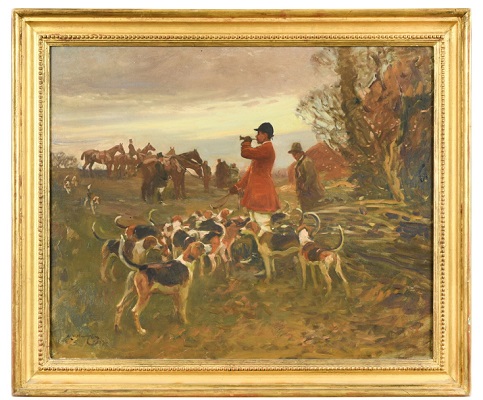 Over 540 lots of antiques and artworks will go under the hammer on 29th and 30th September as part of the Cheffins Fine Sale at the firm’s salerooms in Cambridge. 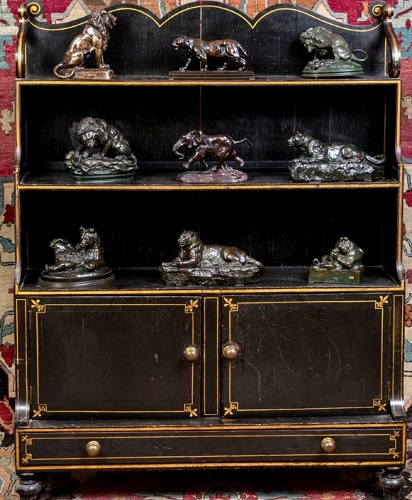 The paintings section sees a number of private collections, including from Suffolk, 17 British school landscape pictures with wide-ranging estimates, with one of the highlights being a sketch of two horses by Sir Edwin Henry Landseer, which is set to sell for between £1,500 to £2,500. In addition, there is a collection of Dutch Old Master paintings, all from the same private collector, with works by the likes of Barend van der Meer and from the circle of Jan Martszen the Younger and Jan Wijnants. Also included within the sale are a number of other historic and high value works, including a seventeenth century portrait of Charles I, attributed to Jan van Belcamp, which has an estimate of £15,000 - £25,000. Similarly, there is a portrait of a gentleman by Alan Ramsay, dated 1746, which has an estimate of £8,000 - £12,000. Among the more modern examples, there are three works by Edward Seago, including a picture depicting a lighthouse, which is signed ‘Ted’ and has an estimate of £10,000 - £15,000 and a painting of ‘Trees on a Backwater – Norfolk’ signed ‘Edward Seago’ which is set to sell for between £3,000 - £5,000.

From Northamptonshire, there is a large collection of both paintings and furniture, all from the same private seller. Included in this collection is a pair of William and Mary high back side chairs which have an estimate of £600 - £800 and a large-scale still life painting of game birds with an estimate of £2,000 - £4,000. Another highlight in the furniture section is a pair of gilded satinwood cabinets, in the manner of Robert Adam from the early 19th century which are set to sell for between £5,000 and £8,000 and were consigned from Landwade Hall and a large three-seater Howard & Sons sofa and matching Howard & Sons 'Bridgewater' armchair, which are set to sell for up to £8,000 and which were both consigned from an important country house in Suffolk.

Among the collectors’ items, there is a private collection of 12 bronzes by Antoine-Louis Barye, widely recognised as the father of Animalier bronzes. Consigned from a private vendor in Lancashire, the carefully curated collection (right)  includes early cast examples with excellent patina - estimates range from £1,000 - £5,000. The sale also features a fine Charles II stump work table casket, from circa 1670, which was consigned from a private collection in Cambridge and is set to sell for between £6,000 and £10,000.

Martin Millard, Director, Cheffins, says: “Fresh to market private collections and country house contents from around the UK have once again created an eclectic and interesting catalogue, with Landwade Hall at its core.  The past year has seen an exponential growth in bidders at every auction, and whilst the world begins to return to some sort of normality, the market is showing little signs of slowing and we look forward to welcoming bidders in to the saleroom for this wonderful sale.”

For further information contact the Fine Art Department on 01223 213343, fine.art@cheffins.co.uk

Cheffins is a market leading firm of surveyors, valuers, property advisers and auctioneers. What distinguishes Cheffins is its unique range of specialisms and pre-eminence in them, regionally, nationally and internationally.