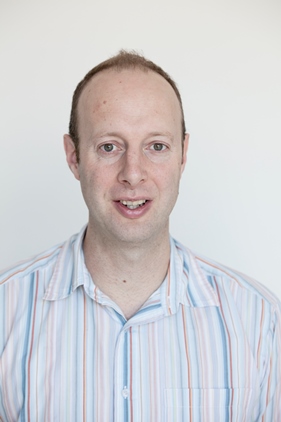 An obsession about doing things right and "being a great place where great people can do great work" has catapulted Red Gate Software into a prime position on the Cambridge business scene. As the company celebrates its 15th birthday, CEO and co-founder, Simon Galbraith, explains how treating business users as consumers has led to success.

Like everyone, we have the challenge of finding great people and getting them to work brilliantly together.

What makes your business distinctive?

I co-founded Red Gate with Neil Davidson (former Chair of the Cambridge Network) and we ran it together for the first 10 or so years. Neil left to pursue other interests about 18 months ago but he remains involved; he’s a major shareholder and sits on the Board.

Neil and I were really good friends before we founded the company and our friendship survived the caustic effects of running the business together. For me, it was an opportunity to do great work with an amazing person and we weren't restricted by politics.

Our attitude to customers is similar. We think about our users as people and our business is something that helps make things easier and better for people. We talk about treating business users as consumers. We were one of the pioneers of B2BC – you happen to work in a business, but we are thinking about you as a person.

What are the greatest challenges your business faces, and how will you overcome them?

Like everyone, we have the challenge of finding great people and getting them to work brilliantly together. We’ve had someone we consider to be the best strategy person in the world come along and help us to think through our strategy, which will make it possible to ship and deploy database software incredibly rapidly. But we need to find people who can contribute to making it happen – great software engineers, testers, usability people and sales and marketing experts.

Our strategy is to do our best to identify people who are going to thrive here and then do our best to help them thrive. It's an easy thing to say but a hard thing to do.

We were voted the most agile company in Britain from the software engineering point of view last year and we obsess about doing things right. Are we working in the ways that give us the best possible chance of delivering something great, about making the best software we can? We also worry about whether we’re producing the right software in the first place and solving the problems that customers truly care about.  Every day, people from Red Gate are somewhere visiting a customer; screen sharing with customers online and so on. Our software is also instrumented so users can vote for new things.

If you have the best software on the market, then you have the most users. The users tell you what they think they want, and you listen judiciously. And then you look at what they need – which might be slightly different from what they say they want – and you find a way to deliver it.

We also have marketplace challenges, all sorts of competitors, people who do similar things to us. And there are wider issues, where the very platforms on which we rest are also under threat from other ways of doing things. However, it's also true that Red Gate is remarkably stable; in a very fast-changing world we have customers who have been with us for more than 10 years and who are likely to carry on with us in years to come.

What are the greatest challenges Cambridge faces?

The biggest challenge is that Cambridge won't be allowed to grow at the speed it needs to grow because of the physical infrastructure – housing, roads, public transport, size of the schools.  In Victorian times, growth happened naturally – now you need to fight like a tiger to get any development at all. That’s the most likely reason that Cambridge will fail and in fact that would be the expected outcome. It won’t kill the company because we can just go somewhere else – I don’t want to be rude about it, but there will be other places we can go.

Cambridge’s core resource is essentially people; and if we can’t find the right people here, we can go elsewhere. However, I believe that you cannot treat someone from abroad with a PhD in computer science, who’s able to command a six-figure salary, with the same process you would an illegal immigrant from Afghanistan who probably doesn’t speak English. I understand there are difficult problems and issues at stake here, but not to have a different process for those two things is national suicide. It’s madness, but I get that it’s a very hard problem to solve.

What’s the best thing about Cambridge?
There are lots of amazing people in Cambridge so it’s a great place to be.  The University has an effect of course but the informal networks are also strong in Cambridge. If I want to solve a particular problem or understand something, there are lots of people I can approach – and Cambridge Network is part of the glue that holds us together.

There are also plenty of service companies and others here because of the cluster and that’s a great strength for Red Gate because people don’t come alone – most are usually in some sort of relationship and have family and other commitments. So when Red Gate takes on an engineer, her husband can get a great job in the area too; their kids can go to a nice school and there are lots of other possibilities for work if Red Gate doesn’t work out – it’s a virtuous circle.

I’m committed to Cambridge. I love living here. I want to be part of this place. I want it to succeed and I want it to work.  And to be fair, Cambridge is trying to grow, seriously building housing, for example, and I think that will make a difference. But why is the A14, which is choked every day, still an A road?

Who or what has influenced you personally in your business career?

Growing up, I watched my dad run his building firm of 10-15 people, and gained an understanding of the nuts and bolts of running a business from the conversations round the family dining table. It was an incredible education, because he was such a fantastic person – I am endlessly grateful for the values, insight and intelligence of my father, who was an astonishing influence on me.

I am endlessly grateful for the values, insight and intelligence of my father, who was an astonishing influence on me.

I had a scholarship to Charterhouse School, where people were openly ambitious. Going there opened my eyes to the idea that I and other people could do amazing things and it was up to us to do it. That was massively influential. I also met Neil there– someone who sold software and designed a mobile phone game as a schoolboy!

There have been numerous others who have inspired and helped me over the years – too countless to mention by name.

I was also influenced by my supervisor at Cambridge, but in a different way: he was such a horrid person – a psychopath and a bully, although he was a brilliant thinker and a very intelligent man. But no one is ever going to say that I am a psychopath and a bully. Working with me isn’t going to be a negative experience. And if that means I make less money and end up less successful, that is absolutely fine. The story I want to tell about my own life is a net positive.