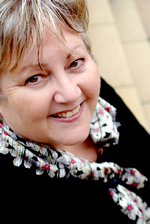 I recently attended a talk by Amelia Russell, the youngest female explorer to walk 500 miles to the geographic North Pole unsupported. What would be a bold action for you? asks Hilary Jeanes of PurpleLine Consulting.

“Whatever you do, or dream you can, begin it. Boldness has genius and power and magic in it.”  ~ Johann Wolfgang von Goethe

“People who make no mistakes lack boldness and the spirit of adventure. They are the brakes on the wheels of progress.” ~ Dale Turner

I recently attended a talk by Amelia Russell, the youngest female explorer to walk 500 miles to the geographic North Pole unsupported.

In 2010 she and Dan (now her husband) took 57 days to complete their challenge.

Leading up to their expedition, they trained every weekend for two years, pulling four car tyres up and down tracks in Suffolk to build up their strength.

Whilst they were in the Arctic, some of the hardships they encountered include:

What intrigued me is that Amelia and Dan took on the challenge because they were more likely to fail than to succeed.  Athletes competing in the Olympics must face a similarly difficult task.

As I listened to Amelia’s awe-inspiring presentation, heard about the arduous training, the fund raising, the mental preparation as well as the challenges they faced during their two-month journey, I thought about what drives some people to push themselves in this way.

Yet we all consider bold actions at different stages of our lives.  It may be a job change, a move to an unfamiliar place, a decision to leave an unfulfilling relationship.

What would be a bold action for you?

For some it might be a step outside your comfort zone rather than a journey like Amelia’s or training to compete in the Olympics, but nevertheless a challenge it is.  Ten years ago I changed my job, going from a secure permanent role to a new job on a one-year fixed term contract.  Most people thought I was mad.  “What about your pension?” they said to me.  Actually, I never looked back!

I think the rewards we reap by challenging ourselves and taking bold actions (as we ourselves define them) justify the decisions we make.  If you’re looking for inspiration, this list of 100 ways to show boldness offers some ideas about where to start.

After all, as Julio Olalla, Master Coach says, “a life absent of boldness is a sure path to regret.”

﻿Hilary Jeanes is a Leadership Coach and Director of PurpleLine Consulting.  She can be contacted on 01763 245323 or by email to Hilary@PurpleLineConsulting.co.uk.