Countdown begins to the next generation of satellites 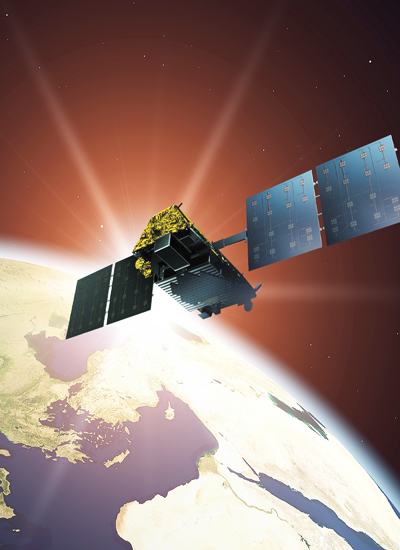 Leading technology design and development firm Cambridge Consultants has been selected by Iridium Communications Inc. (Nasdaq: IRDM) to play a key role in the deployment of Iridium NEXT, the company’s second-generation satellite constellation and the world’s most significant commercial space programme, which is expected to begin launching in early 2015.

Cambridge Consultants will spearhead subscriber equipment technology development for the constellation, which will cover the entire globe. It will also provide input into the broader satellite and ground infrastructure system design upon which Iridium NEXT is being built.

The Iridium® network is the world's largest commercial satellite constellation. Covering the 90% of the Earth that cellular and terrestrial networks don’t cover, Iridium is extending connectivity in places and ways never before imagined – from aircraft tracking in Alaska to the rescue of a trapped mountaineer in Antarctica. Iridium enables two-way, real-time, low-latency voice and data communications services through small, reliable devices and applications that change the way organisations and people are able to operate and live.

Building on a decade of innovative design and technology collaboration, Cambridge Consultants is contributing to the Iridium NEXT technology roadmap through its unique knowledge of the current system, as well as its experience in leading-edge mainstream wireless technologies. The roadmap will provide Iridium customers with a new generation of feature enhancements and other product benefits as the Iridium NEXT project moves toward completion and beyond.

“The Iridium NEXT system will enable unmatched wireless connectivity for people in every corner of the globe and with such a significant undertaking comes a myriad of technology challenges,” said Scott Smith, executive vice-president, Technology Development & Satellite Operations, at Iridium. “It is uncommon in this industry to find such an effective long-term design partnership as the one we have with Cambridge Consultants, and we are pleased to have them as a part of the Iridium NEXT Mission Team that is collaborating to move this ambitious project from the design phase into reality.”

With the preliminary design phase of Iridium NEXT satellites completed earlier this year, Cambridge Consultants is now embarking on the construction of prototype communications equipment that will be used to verify the design and performance of the Iridium NEXT system prior to the anticipated start of full construction in 2013. Iridium NEXT is expected to begin launching in 2015 and to be fully operational in 2017.

“We’re proud of our long history with Iridium, and our input to the Iridium NEXT programme will help the company scale its business by maximising its return on investment in this next-generation satellite network,” said Richard Traherne, head of the Wireless division at Cambridge Consultants. “By applying knowledge acquired through our years of work with Iridium, we will ensure not only that the ground terminals and infrastructure for Iridium NEXT are effective, but that performance and user experience take a significant step forward and that flexibility is built in to enable exciting new features for future users.”

With one of the largest independent wireless development teams in the world, Cambridge Consultants has a proven track record in implementing professional wireless systems based on standardised radio protocols such as GSM, WCDMA, LTE, TETRA, Wi-Fi, Bluetooth and DECT, as well as proprietary protocols developed for custom applications.