Andrew Cotterell, who has been a Marshall Employee for over 35 years, is taking a 26 mile cross-country trek from Stonebridge to Avebury, covering parts of Salisbury Plain on Saturday 7 September, to raise funds for the Alzheimer’s Society. 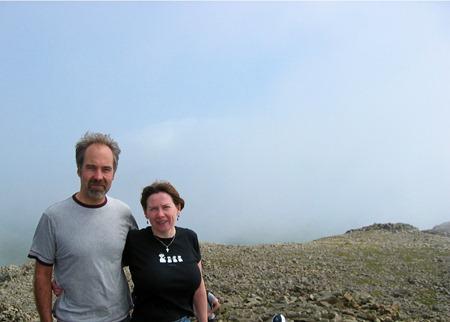 Andrew and Marian, who have lived in Cambourne for over ten years and have been married for thirty years, met when Andrew moved up to Cambridge from his native Cornwall.  They are conducting the walk in memory of members of both their families, together with a a number of friends who have been affected by this devastating illness.  Both Andrew and Marian are very fit and avid walkers, but this particular track is going to be a gruelling one, taking around eight hours over some very difficult countryside.

Terry Holloway, Group Support Executive for the Marshall Group of Companies said: “The Company is enormously proud of its many employees who do some amazing things in the local community to raise money for charity and we are delighted that Andrew and Marian are conducting this walk on behalf of Alzheimer’s.  The Company has been engaged for a number of years with helping Cambridgeshire and Peterborough Foundation Trust in a number of areas, which has particularly included Alzheimer’s and Dementia.”  Mr Holloway added: “In addition to providing huge support many employees will be digging deep in their pockets to help Andrew and Marian to raise much needed funds for this very important charity and detail of their Just Giving site is: www.justgiving.com/Andrew-Marian-Cotterell

The above photograph shows Andrew and Marian at the top of Scafell Pike, which was one of their most recent adventures!

Founded in 1909, the Marshall Group has a turnover of £2.5bn and over 5,700 employees. Headquartered on a 900-acre site in Cambridge, Marshall has three principal arms to the business: Aerospace and Defence; Property; and Ventures. ...