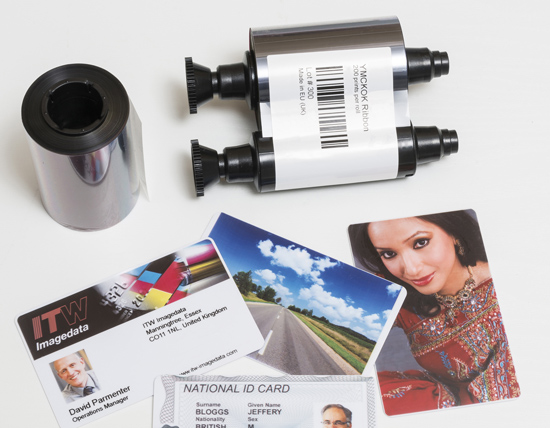 Automation consultancy GB Innomech has designed and developed a fully automated assembly system to help ITW Imagedata to reduce manufacturing costs for its highest volume products. ITW is a global manufacturer of film ribbons and consumables for security and identity cards, based near Manningtree, Essex.

The new ‘spool pairing and assembly’ machine has been seamlessly integrated into ITW’s existing production lines and needs just one operator, whereas the previous manual assembly process involved six people at different stages.

“Innomech’s automation specialists have worked alongside our in-house team to automate a series of intricate manufacturing tasks and to ensure their innovative solution fits perfectly into our existing workflows.  None of our upstream manufacturing processes had to be amended, there is no need for ‘work in progress’ trays, preloading of parts into special hoppers or double handling of any components,” said David Parmenter, operations manager at ITW.

Innomech was initially appointed to automate two particularly labour-intensive and repetitive manufacturing tasks that required multiple operators with consistently high levels of manual dexterity: adding injection moulded drive gear and idle components to the correct ends of wound or empty spools; then pairing the spools and attaching the start of the ribbon onto the take-up spool.

The consultancy’s automation engineers needed to modify the manufacturing process to ‘bridge’ the two spools using an adhesive label because the manual steps could not easily be automated.  The label has the added advantage that it can be printed on demand with customer-specific, marketing or other messages as required - as shown in the image above.

The new system uses a Toshiba robot with a sophisticated laser-guided 3D vision system to load spools into the machine.  The robot scans the box of wound spools, works out the depth and position of components, before picking up groups of wound spools, verifying they are correctly orientated and loading them into the machine.  A separate loading system feeds empty spools from a hopper before the ends are fitted and locked in place.

The machine then rotates the wound spool to ‘find’ the end flap, applies a label to link the wound and take-up spools, winds the empty spool to take up the exposed adhesive surface, and then passes the paired spools onto ITW’s existing flow wrapping station.  Innomech has also configured ITW’s new automated assembly machine to handle multiple different spool sizes with simple menu-based selections allowing operators to quickly and easily change it over as required.