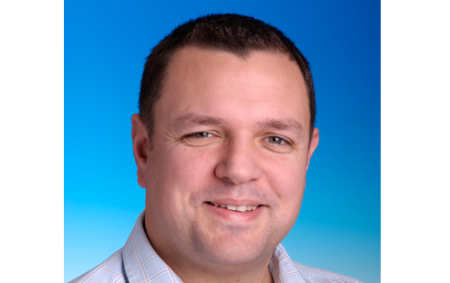 Bango has announced its latest key hire, as Damien Byrne joins in the role of Account Director. This is a newly created role as Bango continues on its growth path, powering payment for the giants of mobile and seeing rapid growth in reach and spend across the platform.

A dynamic and high-profile professional in the telecommunications space and a former management consultant, Damien’s most recent role was Senior Manager Strategic Partnerships with Deutsche Telekom. The giant mobile operator group last year announced a strategic partnership with Bango, and is one of a number of mobile network operator (MNO) groups that have standardized on the Bango Payment Platform. Damien has held a variety of roles within Deutsche Telekom and its subsidiary T-Mobile.

The Account Director role has been created at a time of unprecedented momentum for Bango, as app stores and MNOs recognise the transformative potential of carrier billing, and the unique value of the Bango Payment Platform, authenticating hundreds of millions of consumers for one-click payment and uniting the industry around a common platform.

Damien has played a leading role in driving carrier billing forward as the primary payment tool for tens of millions of Deutsche Telekom subscribers, and joins Bango in order to help scale carrier billing to billions across the planet, through the Bango Payment Platform.

Damien’s role is central to Bango’s growth plan. He will lead and develop the partnerships between app stores and MNOs ensuring that all their needs are met as revenues continue to scale. His initial focus will be on Samsung, which announced its decision to standardize on the Bango Payment Platform in late 2014.

Commenting on his new role, Damien said: “I’ve long known that carrier billing needs a global standard to achieve its potential, and Bango is the one company with the partnerships, technology and team to deliver a standardized carrier billing capability for the world”.

As well as the partnership with Samsung, 2014 saw Bango announce the first live carrier billing market within Amazon App Store. Both Amazon and Samsung have ambitious programmes to roll out carrier billing on a global basis, in partnership with Bango, while momentum continues to grow with Google Play, Firefox Marketplace, Windows Phone Store and BlackBerry. The technology infrastructure is in place to support a huge increase in payment volumes as the digital content market continues to grow and Bango secures an increasing share of that market. Damien joins to lead the human connections that underpin this growth.

Damien brings an unusual personal background to Bango. He holds a Masters Degree in US Political History from the prestigious Brunel University. After graduation he played rugby union for Wasps and London Irish before beginning his professional career. Today Damien’s main focus is on his young family, though he has found time to be an Academy voting member at the 2015 Brit Awards.