The Government’s changes to the corporate tax system have significantly enhanced the UK’s attractiveness as a place to do business, according to an EY survey of over 130 leading decision makers - over 59% of which were CFOs, heads of tax or tax directors. 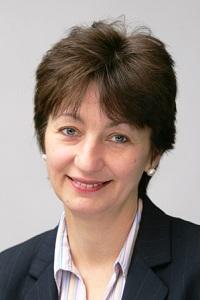 With just a few days to go until the Chancellor’s final Budget before May’s election, the vast majority (68%) of respondents indicated that they regard the UK’s tax system as more competitive than it was five years ago. Eighty-nine percent cited current corporation tax rates as one of the principal factors, while reform of the Controlled Foreign Companies regime (CFC), changes to the patent box and Research & Development (R&D) relief were also repeatedly listed as key reasons driving improved competitiveness of the UK.

Looking ahead, ‘complexity’ (59%) was at the top of the business leaders’ worries when it comes to threats to the UK’s position in a global economy.  This was followed closely by ‘uncertainty’ (46%) and the risks from kneejerk reactions arising out of the fair tax debate (33%). When asked specifically about causes of uncertainty, respondents identified the lack of detail around the implementation of DPT, the prospect of an EU referendum, the devolution debate and the outcome of the upcoming election as key concerns.

When asked what the Chancellor could do to encourage their organisation to accelerate their investment plans, ‘certainty’ topped the list (67%) with a reduction in employment costs coming second (60%).

Cathy Taylor, tax partner at EY in Cambridge comments: “The Chancellor has clearly struck the right chord among business leaders with the changes he introduced to the corporate tax regime. The vast majority not only seem to agree with the direction of the UK’s tax system, but also the rate. According to our survey, when asked specifically about the rate of corporate tax, 82% of them said that the 20% headline rate was about the right level.”

“However, the job is not yet done. Looking ahead, political uncertainty over the outcome following the general election in May, and a possible EU referendum, poses a threat to the UK’s potential. Also, while the business community now knows that the DPT is here to stay, the lack of detail surrounding its implementation seems to be raising red flags and risks threatening the UK’s competitiveness.

“Businesses have issued a plea for the necessary stability that will allow them to take informed decisions and press ahead with their investment plans. They will be looking to the future manifestos for clarity over the direction, structure and objectives of the tax system, as well as how this will ensure that the UK remains open for business.”

Accelerating growth and enabling job creation should be the key drivers behind the Chancellor’s future tax policy choices, according to 76% of respondents. The survey also suggests that the Chancellor should focus on ensuring fairness in the tax system (55%) and reducing the burden on individuals (36%) and businesses (28%).

Cathy Taylor continues: “As the UK is coming out of a difficult five years, businesses are looking to the tax system for a helping hand that will enable them to unleash job creation and ensure that everyone enjoys the fruits of the recovery.”

However, the survey reveals that changes to the tax system alone are not enough to help tilt the balance. Only 31% of respondents felt that the changes over the past five years were enough to encourage their organisation to locate or expand activities in the UK.

Cathy Taylor adds: “The focus now needs to be beyond tax alone and on integrated policies that will create opportunities to make up the lost ground and fulfil the ambitions of the workforce across the UK. Reshoring of manufacturing businesses is a prime example of how changes to the tax system can stimulate further investment and help equip the UK to succeed. The Chancellor needs to lead the efforts to develop a clear and targeted approach to a sector which has the potential to generate high skilled jobs, create further opportunities in supply chains, drive innovation and create ‘cluster effects’ around research and development and skills.”

Cathy Taylor concludes: “Over the last two parliaments, the UK’s tax system has undergone a major transformation that has led to the creation of one of the most competitive regimes in the G20. The business community is now looking for fewer surprises and more stability to drive greater success.”

EY is a global leader in assurance, tax, transaction and advisory services. With over 400 employees in our Cambridge and Luton offices, our teams provide a range of services to a variety of sectors, including manufacturing, life sciences, consumer products and retail, technology, real estate and ...