Ignite is just the job for careers startup WikiJob 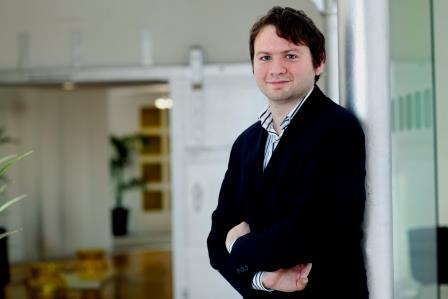 The founder of successful graduate careers startup WikiJob found the highly practical training via Cambridge Judge Business School's Ignite programme for tech entrepreneurs had a positive impact on his own personal development and that of the business.

WikiJob is an award-winning company with a simple mission statement: to make it easier for graduates to get the job they want.

Having started in 2007 as an online forum where jobseekers could share knowledge and tips, WikiJob has grown to become one of the UK’s largest graduate careers websites, with more than 400,000 unique users each month. It now features an extensive list of graduate vacancies, a wealth of information about companies and application processes, and examples of the types of aptitude tests used by employers.

The company was founded by Chris Muktar (pictured) and Ed Mellett when they were both employed on graduate schemes in London. “We hated our jobs, and had met up to exchange notes about our situation,” says Chris. “We talked about starting a magazine for graduate careers, but I had a background in IT and suggested we should do it as a website. We started it up the very next day.

“We ran WikiJob until 2009 as a social enterprise, but as it became more and more popular, it was costing too much to run.  At that point we decided to turn it into a business, and began to sell advertising on the site.”

Chris and Ed decided to leave their jobs and work towards gaining the skills to make WikiJob a commercial success. While pursuing a Masters degree at the University of Edinburgh, Chris became involved with Informatics Ventures, an organisation that supports technology entrepreneurs in Scotland. It offered funding for Chris to attend the Ignite programme at Cambridge Judge Business School – an offer he was keen to take up. “The school is world-famous, so I knew I’d be in safe hands,” he says.

The intensive, week-long course was the first formal business training that Chris had received. He says: “It’s easy for entrepreneurs to turn their noses up at courses, and take the attitude that you get somewhere by doing, rather than sitting and learning. But this was different and highly practical: it really made me think about what we would need to do to achieve our goals. It showed me how to put together a really tangible business plan – not just something airy-fairy.”

Though he had already decided to start his own enterprise, Chris found that the programme shifted his mindset about business. “At the time, I had a lack of clear strategic focus and commercial experience. I didn’t have the mental structure to think: ‘OK – how is the marketing going to work? If we need this much in sales, how many people will we need to do that?’

“We were required to do cashflow forecasts going forward a couple of years. That was an incredibly insightful experience because it allowed me to work out when we’d have to hire people, how many we’d need, what sales we would have to expect, and so on. This thinking has stuck with me since then, and I still use the ideas gained on Ignite today.”

He also found great value in the mentorship element of the course, and discussions with the guest speakers. “The interactive nature of these sessions forced you to be critical in your self-analysis. And the high calibre of the speakers, such as Hermann Hauser, made for an entertaining as well as enlightening experience.”

WikiJob now employs 13 staff, and is headquartered at Google’s Tech Hub near East London’s “Silicon Roundabout”. It has been recognised with an impressive number of award wins and nominations. These include winning the “best niche job board” category in Online Recruitment magazine’s 2011 Onrec Awards, and selection as one of Management Today’s Business Heroes in the same year.

As plans unfold for further expansion, Chris continues to draw on the concepts taught on the Ignite programme. “It provides fundamental knowledge that you need to know in order to build a sustainable business,” he says. “I have seen people who have other talents, but haven’t grasped the concepts that are central to what is taught during Ignite. The programme teaches you to work through, from an intellectual perspective, what you are going to do before you do it. Only then will you have an idea of whether it’s going to work out.”

Find out more about WikiJob »