3D printing has payback for companies of all sizes 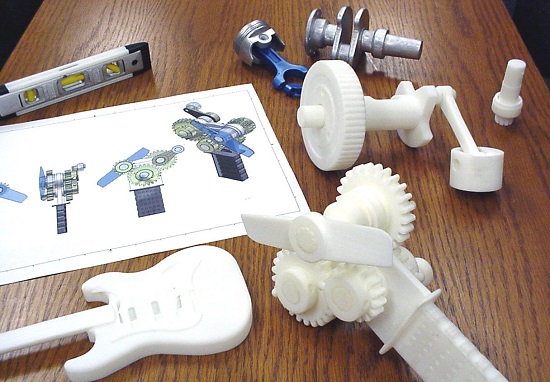 Boeing, Lockheed Martin, Airbus, Northrop Grumman — there is a good chance you recognise all of these names as aerospace and defense powerhouses. If there is one common trend among them all, it is their adoption of 3D printing (3DP) as a legitimate manufacturing tool. Alongside the automotive industry, aerospace and defense industries have been the driving forces behind 3DP’s revolutionary growth.

As it turns out, the benefits of 3DP are quite universal so what works for large, multi-national corporations can also work for much smaller widget-makers and everyone in-between.

One study reports that the global 3D printer market measured $2.2 billion in 2012, but that number is poised to reach over $6 billion by 2017. And machine sales in 2014 will double over the previous year, reaching about 100,000 units shipped worldwide. But if these numbers aren’t impressive enough, don’t forget the equally healthy markets for material sales and print-on-demand services.

While the consumer market is growing, the vast majority of this financial growth will be realized in the commercial sector where manufacturing-related applications are making companies more efficient.

Over the course of 20+ years, 3DP has matured from a simple prototyping tool into manufacturing’s “renaissance man.” It can now be found in all stages of a product’s lifecycle, from initial design to end-of-life maintenance.

And more and more, a printed part is the product itself!

The companies listed above, and others that have invested in 3DP hardware and talent, are experiencing shorter product development times, quicker product launches, and more flexible R&D because of the unique benefits additive manufacturing brings to the table.

What are those benefits? I’ve summed them up into 4 primary driving factors:

The same study, found that 67% of manufacturers are adopting 3D printing in some way, and another 25% are planning for future adoption. When divided into large (over 500 employees) and small (under 500) companies, the current adoption rates were 75% and 59% respectively.

These companies are setting themselves up for future success by utilizing 3DP for prototyping, manufacturing, and production part creation.

What about you?—Learn more about 3D printers here.