The power of the mobile phone 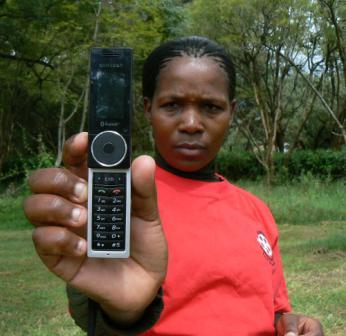 The mobile phone is a powerful tool for social change in developing countries. Later today (Monday), Karim Khoja - the CEO of Roshan, Afghanistan’s largest mobile provider - will be in Cambridge to discuss how telecommunications can spark economic growth and social development.

Just as railways opened up vast continents to development, commerce and progress in the 19th and early 20th centuries, mobile technology today is a catalyst for development. Its power can be harnessed for the greater good, which is needed more than ever in Afghanistan, a country devastated by decades of conflict and tangled in the struggle to rebuild.

Roshan, now a leading telecommunications company, saw this as an opportunity to build infrastructure, to bring the benefits of wireless telecoms to Afghanistan, while contributing to the nation’s reconstruction and socio-economic development.

Karim Khoja is Chief Executive Officer of Roshan. He has served in senior management positions in national and multi-national telecommunications companies for over fifteen years. Mr Khoja has extensive experience in nurturing start-up businesses from infancy through development, and has led several GSM start-up companies into becoming major market players. His involvement in Afghanistan’s telecoms sector began in 2002 as a volunteer consultant in an initiative to install the nationwide private communications infrastructure. Mr Khoja was appointed as CEO of Roshan in 2003. Under his leadership, the company has grown to be Afghanistan’s largest mobile provider and largest company with over three million subscribers. Mr Khoja is also Chairman of the Board of the Afghan Investment Climate Facility (AICF) and an advisor to the GSMA Development Fund.

Karim Khoja’s talk, ‘Telecoms as a catalyst for development in Afghanistan’, will take place at 6.30pm on Monday 8th November, at Cambridge University Department of Engineering. It is co-hosted by the Humanitarian Centre, a Cambridge-based network for international relief and development, and the Judge Business School’s MPhil in Technology Policy. The event is part of a themed year on ICT4D (ICT for Development) run by the Humanitarian Centre in partnership with ARM.

To find out more about the event and to RSVP, visit: http://telecoms4development.eventbrite.com/
For more information on the ICT4D year and other events, visit: www.humanitariancentre.org/ict4d