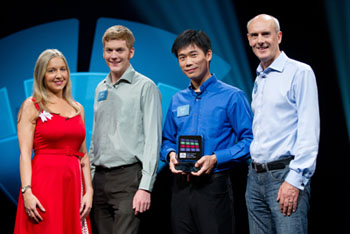 Three engineers from 42 Technology have successfully pitched their skills in lateral thinking and their wits to win a one-off TV quiz that was broadcast on Monday (12 December).

42 Technology, competing as The Technologists, was one of eight teams specially selected from the last five series of ‘Only Connect’ to compete in a single tournament of Connecting Wall. The game involves rearranging a board of 16 apparently random words into four rows of connected items against the clock. In the final round they were faced with 16 three or four letter abbreviations including PSX, VCS, NES and SMS, which they correctly identified as acronyms for home gaming consoles.