'Micro Men' film to be re-run on BBC2 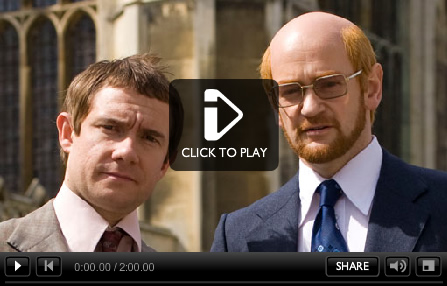 The BBC4 film “Micro Men” about the rivalry between Acorn and Sinclair in Cambridge in the Eighties is due to be re-run later this month (January) on BBC2. It’s well worth a watch and features many Cambridge scenes!

Martin Freeman (The Office) and Alexander Armstrong (Armstrong & Miller, Mutual Friends) star in this single drama which provides an affectionately comic account of the race for home computer supremacy in the Eighties.

Micro Men documents the lengthy rivalry between maverick visionary Sir Clive Sinclair (Armstrong) and his former colleague Chris Curry (Freeman) who go head-to-head to achieve domination of the growing home computer market. Micro Men gives an amusing insight into the brilliant but eccentric characters that triggered the beginning of the UK computer revolution.

As well as using many computer and electronics props sourced from the Haverhill based Centre for Computing History, the film also features our very own Jason Fitzpatrick who plays the part of David Johnson-Davies.

To view the trailer for the film click on the link below :