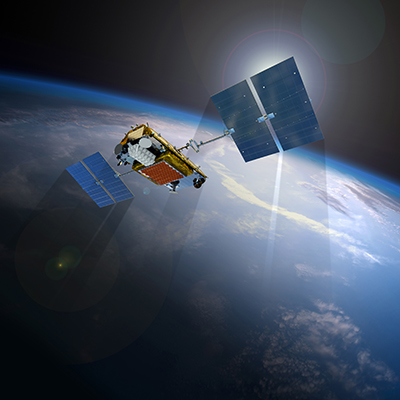 A milestone has been reached this month in product design and development firm Cambridge Consultants’ work with Iridium Communications on its next-generation satellite broadband service.

The core transceiver technology developed by Cambridge Consultants has completed its verification testing – and initial prototypes have been delivered to Iridium.

The Iridium CertusSM broadband service will deliver reliable, enterprise-grade communication solutions for aviation, maritime and terrestrial customers anywhere in the world. It’s the first of a new set of services made possible by Iridium NEXT – the second generation of Iridium’s unique pole-to-pole, low-earth-orbit (LEO) satellite communications network.

The core transceiver technology being developed by Cambridge Consultants will be used by Iridium’s manufacturing partners to produce Iridium Certus broadband terminals. Cambridge Consultants is also developing the corresponding infrastructure to support the new service through the Iridium® gateway.

As Iridium’s long-term core technology development partner, Cambridge Consultants has combined its world-class radio design skills with its in-depth knowledge of the Iridium network to create the embedded transceiver modules that will be at the heart of the new Iridium Certus products. These products will perform at a broad range of data speeds up to 1.4Mbps.

“The Iridium network is an engineering marvel that we have enjoyed working on for more than 12 years,” said Richard Traherne, chief commercial officer at Cambridge Consultants. “Iridium NEXT is an exciting new chapter in the company’s evolution that we are proud to be part of.

“With Iridium NEXT, we can provide a whole new level of service to end users. We’re relishing the challenge of architecting and developing a system with Iridium that extracts as much performance as possible from Iridium’s LEO architecture to realise this next-generation capability.”

The Iridium NEXT constellation has 66 cross-linked satellites circling the earth in LEO at an altitude of approximately 500 miles and a speed of 17,000mph – each with a coverage footprint around the size of the continental US. It’s the only mobile voice and data satellite communications network that spans the entire globe.

The Iridium Certus broadband service is planned to be available at incremental throughputs from late next year, with full network capacity offered upon completion of the Iridium NEXT deployment in 2017. Examples of where it is likely to be used include safety, operational, crew and passenger communications in the aviation and maritime industries, search-and-rescue operations, scientific exploration, energy infrastructure communications and research outposts in remote areas of the globe.

Hermon Pon, vice-president of technology development and network engineering at Iridium, said: “Cambridge Consultants’ valuable contribution as Iridium’s core technology partner through the last decade meant that it was the natural choice to lead the development of the terrestrial technology. Together, we’ve made the first step towards delivering Iridium Certus broadband products and services to meet the business-critical communications needs of individuals and organisations in the air, on land and at sea who need to reliably share data no matter where they are on the planet.”