Researcher honoured for advancing computer vision and other engineering applications

Zuzana Kukelova was quite the troublemaker in her youth. In fact, in elementary school she was always getting kicked out of math class. 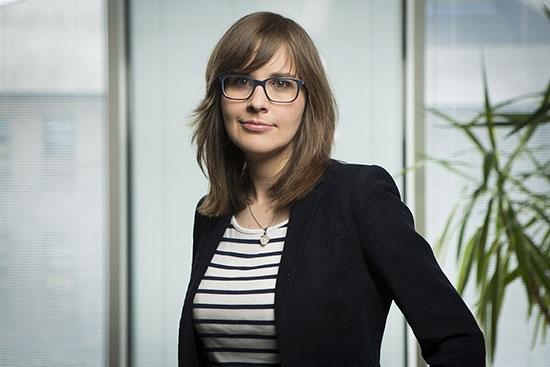 But the source of her disruption wasn't related to any sort of delinquency.

Kukelova, you see, is a math whiz. And because she finished her math exams within minutes, she immediately would switch gears and start helping her classmates finish their problems.

"My teacher usually sent me out of the classroom after 20 minutes during all math exams," she said.

Now a post-doc researcher specialising in computer vision at Microsoft's research lab in Cambridge, UK, Kukelova is the recipient of the 2015 Cor Baayen Award, given to a promising young researcher in computer science and applied mathematics from countries associated with the European Research Consortium for Informatics and Mathematics, including France, Germany and the United Kingdom. The Cor Baayen announcement specifically cited Kukelova's ability to bridge the gap "between highly abstract mathematical results, such as algebraic geometry, and engineering applications."

"I am honoured to have been chosen," she says.

When Kukelova began her PhD studies at Czech Technical University in Prague, Henrik Stewenius already was laying the foundation for using algebraic methods to solve complex computer vision problems, but his published work lacked the details needed for others to implement his methods.

"People from the computer vision community were not able to apply these algebraic methods to new problems," she said.

Kukelova applied her math skills to help automate and improve Stewenius's work, "so now even non-experts can use these techniques to solve their own complicated equations," she said.

The methods, which Kukelova developed with colleagues, did more than broaden the use of the algebraic techniques.

"Most of our algorithms that solve quite complicated systems of equations run only a few microseconds," she said. "These are sometimes one hundred to one thousand times faster than the state-of-the-art solvers to given problems."

Kukelova said the algorithmic speed increase stems from the similar structure of the complex problems.

"It's like solving a maze you've already solved many times before," she said.

The path to the maze's exit is always the same because its structure never changes. The coefficients may differ, but, in the maze analogy, Kukelova likens the coefficients to the colors of the walls of the maze. While different, structurally it's the same maze, so finding your way out is fast because you've already done it before.

"Our techniques for solving systems of polynomial equations have wide applicability," she said. "Computer vision of course, but also robotics, controlling satellite trajectory, game theory, market equilibrium problems, computational biology — there are still some unsolved problems that can probably be solved using techniques that we have developed."

Her colleagues in the Cambridge lab are excited to be collaborating with her.

"I am used to working with amazing colleagues, but very few combine Zuzana's mastery of complex mathematical tools with her zeal for real-world applicability," said Andrew Fitzgibbon, a principal researcher in the lab's computer vision group. "We are very lucky to have the opportunity to work with her."