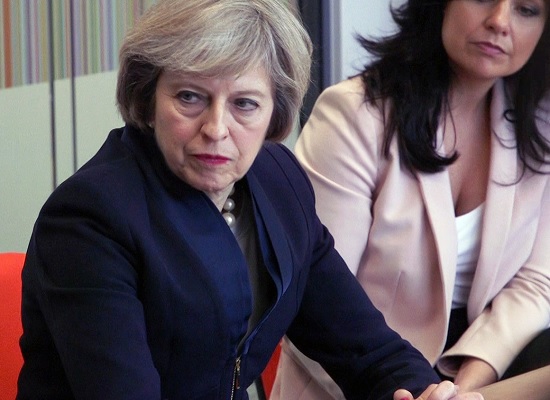 The ability to identify disease causing genetic variants offers the potential for improved diagnosis and new treatments. Genomics England Ltd and Congenica - two organisations at the forefront of this genomics revolution - are the first tenants in the new genome sequencing and business incubator buildings on the Wellcome Genome Campus, officially opened yesterday (Monday) by the UK Prime Minister Rt Hon Theresa May.

In one half of the co-joined building, the Bridget Ogilvie Building, Genomics England Ltd has a facility providing sequencing of the whole genome, making this information available for medical diagnosis. In the other part, the Biodata Innovation Centre, Congenica, with its software platform Sapientia™, enables the data to be interpreted and supports the diagnosis of the gene variants associated with disease.

Prime Minister Theresa May was in Cambridge after announcing a £2bn Government investment in R&D to ensure that the UK remains at the forefront of science and technology.

Congenica has benefited from the Small Business Research Initiative (SBRI) and Dr Tom Weaver, CEO of Congenica, says: "We are delighted to be on the Genome Campus. Being located here has enabled us to make great strides in the development of Congenica’s pioneering technology Sapientia.”

Congenica is a world leader in genome analysis and interpretation. Its Sapientia technology supports diagnosis of rare genetic disease by highlighting potential disease causing variants in a patient’s genome and linking these to observed symptoms and supporting literature.

Clinicians are able to review this information through a single web interface, improving the speed and accuracy of diagnosis.

The falling cost and increased speed of genetic sequencing means that it is now possible to sequence and interpret multiple genes, not just single genes, when making a diagnosis.

Sapientia is facilitating this transition and is being adopted by the NHS; for example at the Manchester Centre for Genomic Medicine (MCGM) it is used to routinely screen all babies with congenital cataracts.

Dr Simon Ramsden, Laboratory Head of Constitutional Genetics at MCGM, explains: “In just one clinic, ophthalmology, we used to offer a genetic test to about 10-15 per cent of patients. Now all of our patients are offered genetic testing because it’s more relevant to a far greater number of people.”

Dr Ramsden says the cost of genetic testing has come down dramatically, resulting in a ten-fold increase in tests since 2012. This has generated a huge amount of data that needs to be analysed.

“Instead of sequencing one gene in a patient, we are looking at panels containing 170 genes,” he explains. “Sapientia has allowed us to scale our operation to accommodate this explosion in genomic data analysis. It offers us an opportunity to collate the information, do the analysis and then make decisions within a single piece of software. It makes the whole system far more efficient.”

Sapientia is an interpretation platform used by Genomics England for the UK 100,000 Genomes Project. This ambitious project is helping to develop the tools needed for personalised medicine.

Since people respond to some medicines better than others, which is influenced by their genetics, a better understanding of the genetics of people will improve the effectiveness of prescribing treatments, reducing both the side-effects and money wasted on prescribing the wrong drugs, or drugs at inappropriate doses.

Congenica, which was spun-out from the Wellcome Trust Sanger Institute in 2014, has benefited from being located in the Cambridge cluster close to the scientists and clinicians working on the Wellcome Genome Campus, the University of Cambridge and the Biomedical Campus.

Additionally, it has received funding from Cambridge-based investors including Cambridge Innovation Capital and Amadeus Capital Partners.

Dr Weaver comments: “I can attribute our success to working closely with scientists and clinical researchers here in Cambridge – some of the best talent in the world – and also as a result of the support that the Wellcome Trust, Department of Health and the NHS have given us.

“The funding we received from the government, in the form of SBRI and Innovate UK awards, was invaluable. Now with the confirmed support of our investors we've succeeded in building a product that is robust, effective, and making a real difference to patients.”

The new buildings are the Biodata Innovation Centre and the Bridget Ogilvie Building. They were opened by Prime Minister Theresa May on 21st November 2016.