The role of a Notary Public 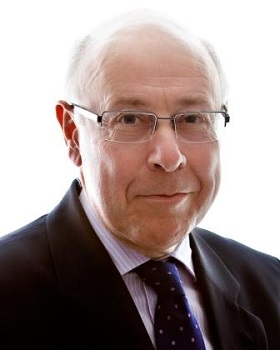 Many countries are insisting on more and more stringent requirements to prove that papers are genuine copies or have been signed by the person named as signatory.

Notaries work in the ever changing business scene. The iconic status of Cambridge as an international scientific and biotech centre, coupled with a large academic community, brings many and various international connections.  This gives rise to transactions involving documents to be used abroad with many countries insisting on more and more stringent requirements to prove that papers are genuine copies or have been signed by the person named as signatory.

The first stage is certification by the notary which is an internationally accepted verification or proof that the documents are genuine or have been duly signed by the person named who, in turn, has proved their identity.    However, many countries now require documents to bear an Apostille Certificate by which the Foreign Office confirms the status of the notary.

Some countries require legalisation in addition to an Apostille Certificate. This involves production of the documents concerned to the Embassy or other consular representatives of that country. These requirements are continuously changing and expanding. For example China requires not only notarial certification and an Apostille Crtificate but also legalisation at the Chinese Embassy. If documents are being filed by some one acting as agent for that person, or the notary, a specific form of authorisation is required.  I have also been required to obtain a letter of confirmation of a second director of a company, authorising the first director of the same company named in the documents to give the necessary instructions. This is in addition to the letter addressed to the consular agent confirming that the person who signed the document is authorised to be a legal representative for the company concerned.

Another area for increasing requirements is the certification of educational documents.  The world is flooded with fake degree certificates and verification from awarding institutions prior to certification by a notary has become the norm.  Fortunately many Universities are now signed up with the Higher Education Degree Database (HEDD) which means applications for  verification can be made online for a modest fee. This avoids the need to apply to a particular University Registrar’s Office.  They usually respond with commendable speed and efficiency but there is often no access online and responses in vacation periods can be affected.

Most EU countries require an Apostille Certificate of the sort referred to above.  However, a number of countries, or institutions within those countries, seem prepared to waive this requirement. In the case of one or two French transactions I have dealt with recently, once the document had been formally notarised with an Apostille Certificate attached a scanned copy had been sent to the notaire in France. They then seemed to lose interest in seeing the original documentation and were happy to complete the transaction in France on the basis of the scanned copy.

These are just a few examples of the constant changes that take place in the day to day practice of a notary.  Many people do their preliminary research online and are somewhat daunted by lengths to which they or their company have to go to be able to send an acceptable set of documentation to its destination.

One of the most pleasurable features of my day to day work is being able to say “I can deal with all that” as I know what will work and can produce the necessary documents to achieve the results needed.