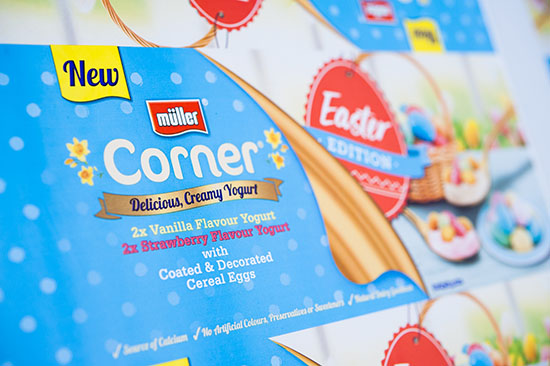 These wins add to the growing collection of awards already received for jobs Bellissima has been used in, including winning Gold at the 2015 Flexographic Print Excellence Awards in South Africa, Gold and Best on Show at FlexoTech 2016 and 2 Golds and a Silver at EFIA 2016.

Hamillroad’s CEO Andy Cave commented: “Seeing Bellissima deployed across various production sites globally and receiving praise and feedback from customers regarding the high quality of the image fidelity is fantastic, knowing that it has helped them to go on and win gold and silver awards is the icing on the cake. We’d like to congratulate all our customers on their wins at the awards.”

Coveris picked up a total of six EFIA awards and has been working with Hamillroad as a strategic development partner over the past 12 months.

Coveris’ Group Colour Manager, Andy Wilson commented:  “We are delighted with our success at the EFIA awards in both our flexible film and paper packaging divisions. These award wins pay testament to our continued dedication and investment in print and colour management technology and training in collaboration with leading industry innovators to produce world-class flexographic print."

Since 2015 Hamillroad’s Bellissima Digitally Modulated Screening (DMS) has been deployed at a small number of sites as part of the product’s initial research & development phase. Despite being in early development and experiencing a few known issues, it was used in jobs that won multiple Golds, Silvers and Best on Shows at the 2016 South Africa FTA Awards, 2016 EFIA Awards and 2016 FlexoTech Awards.

In the past six to nine months, Bellissima DMS has been fully optimised to work at 4,000 dpi on Esko CDIs using Full-HD. This has completely eliminated the few known issues in previous development versions, but has also produced some significant breakthroughs in the technology, which we will be announcing in due course. Those improvements were clearly reflected in the more recent 2017 EFIA Awards, where prints using Bellissima DMS won a total of 5 Gold and 4 Silver Awards, despite only being used by a handful of companies.

Bellissima is now being used in pre-release production testing at a number of strategic locations with some carefully selected development partners, so as to be fully production validated over the coming months and will become commercially available worldwide later this year. Exact details on that will be announced in due course

Hamillroad’s Digitally Modulated Screening for offset, both newspaper and commercial, known as Auraia Screening, was released in 2011 and is currently on sale through a number of specialist resellers.

Experts in Digitally Modulated Screening (DMS) and pre-press solutions for the printing industry.