Where did all the women go? 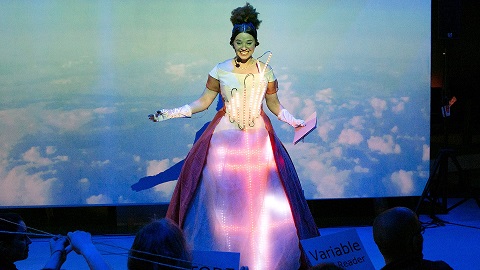 A major exhibition is set to open on October 5 at the Centre for Computing History in Cambridge.  Computing History: Where did all the women go? will reveal a fascinating new insight into the largely unrecognised inventions and contributions of women in the computing industry.

This month-long exhibition brings together the histories of pioneering women whose contribution was undeniably formative but whose stories have often been written out by a focus on the ‘great men’. A key aim is to redress the balance to ensure these women’s contributions are once again seen as historical fact. It is also hoped that by highlighting the achievements of tech women in the past, this exhibition will help to inspire the tech women of the future.

The exhibition is supported by a programme of exciting events linked to the past, present and future of women in computing.

The range of activities include everything from theatrical and musical performances to film screenings, specific student events, as well as a wide range of debates, talks and workshops where visitors can get hands-on and try something new.

The exhibition opens on October 5 with writer and activist Suw Charman-Anderson (Founder of Ada Lovelace Day) chairing a panel debate – Want to succeed in tech? Try not to be a woman – which will examine why women continue to experience sexual harassment and blatant bias in the tech industry. She is joined by journalist and author, Professor John Naughton; business women Claire Hopkins and Dr Valerie Lynch; and University of Cambridge academic, Dr Amanda Prorok.

Suw Charman-Anderson will return the following evening (Oct 6) to give a presentation about why she set up Ada Lovelace Day, an international celebration day of the achievements of women in science, technology, engineering and maths (STEM) which occurs on October 10 this year.

As part of the Centre’s Ada Lovelace Day celebrations there will be two high impact performances on October 12. The first is part of an all-day event IT Began with Ada for over 100 girls (aged 11 to 16) and the second an evening performance.

These both feature story teller and tech entrepreneur, Zoe Philpott with her award winning show Ada. Ada. Ada. In which Ada Lovelace tells her story using an LED dress which she operates – live on stage – using her wearable tech satin glove.

Other events include a film screening of Hidden Figures which tells the stories of three brilliant female, African-American mathematicians at NASA; a presentation from Professor Ursula Martin (University of Oxford), Ada Lovelace: The Programmer, the Maths, and the Myths; andan evening performance exploring the work of electronic music pioneer – Delia Derbyshire ((1937 - 2001).

Highlights over half-term week include a pop-up exhibition about women in gaming will explore the role of women in the video-game industry and a number of special girls only workshops.

The exhibition runs from 5 October to 27 October. Booking is essential. Details of all events can be found at www.ComputingHistory.org.uk